LOD0 Lightmap Not Carrying Over to Lower LODs

Here’s a gif of the lightmap switching happening: https://giphy.com/gifs/l1J9s7EEw4Khxzmyk

Middle Mesh: Imported FBX with LOD Groups (Just to test if the import method had anything to do with it)

The behavior happening with AutoLOD where it carries over LOD0’s lightmap is the outcome I want for my manually created LODs.

The LODs have identical lightmap UVs and I’ve been reading that that should be all it takes for Unreal to carry over LOD0’s lightmap. 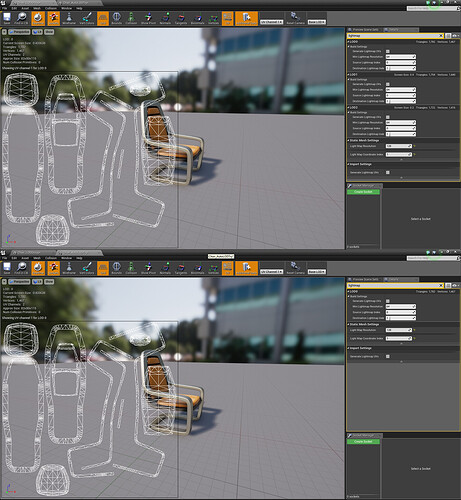 Is it expected behavior to be able to set lightmap settings per LOD as well? I noticed the AutoLOD doesn’t have this and I’m wondering if this may be linked somehow?

I looked around and noticed that this had been brought up as an issue with 4.15, so I double checked by reimporting the meshes into 4.17 just to be sure it wasn’t the engine issue and I’m still getting it. When I switch to the Lightmap Density visualization mode, I can see that it changes it for the manual LODs while retaining it for the AutoLOD.

Is there something I can change on my end to prevent this from doing it? o: 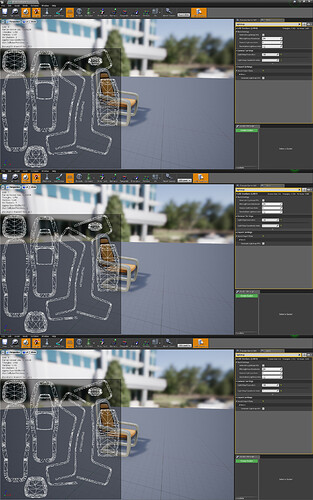 Here’s a screenshot of the Statistics window, as well as the atlas’d lightmap itself under World Settings 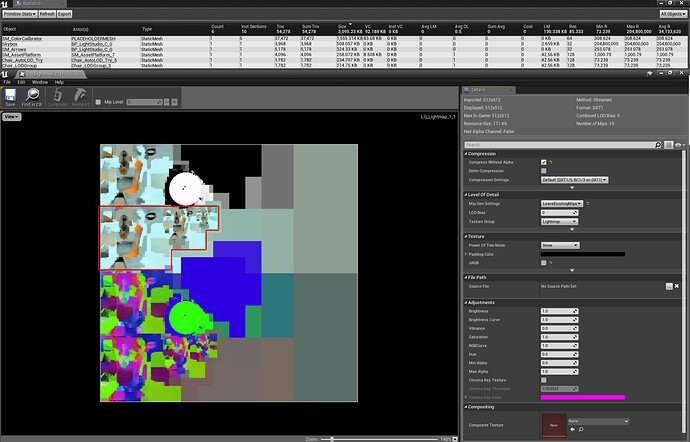 Despite having the same lightmap UV for the LODs, UE4 still gives each LOD its own build setting and creates a lightmap bake for each LOD instead of the desired behavior that the AutoLOD has of reusing the LOD0 lightmap for all LODs.

Just hit the same problem. Is there a way to have lods share the same lightmap UVs when imported?