First let me acknowledge the fact that i’m starting out in development and am just trying to learn how this works.
I would like to get some second insights/help on an issue i’ve been trying to solve for a couple of days now but I just can’t seem to find the logic.

I followed a couple of tutorials on multiplayer replication and am trying to make a little ‘arena shooter’ project with Raytracing for the shooting part. Now I got the shooting setup in the following manner on the Player Blueprint: 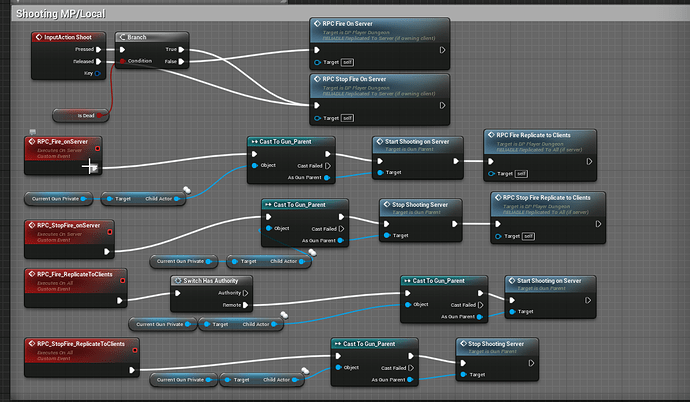 The Gun_Parent BP is as follows: 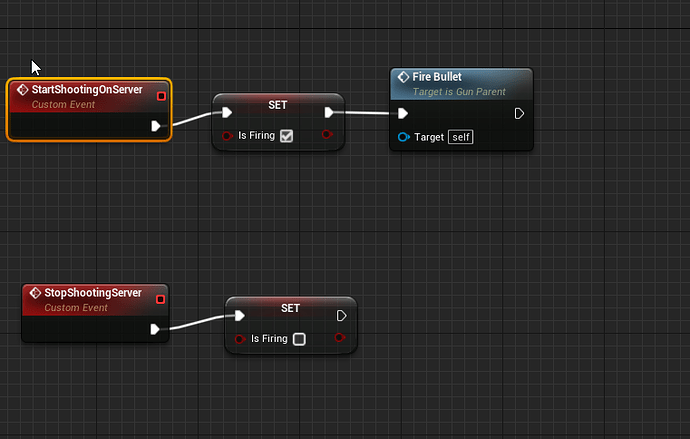 And the actual shooting event inside it:

The problem I have is that both the client and server seem to get trace the other player did from the barrel ref point correctly. The endpoint however will always be what they are looking at themselves. I think it has to do with the replication of the ‘camera forward vector’. I tried alot by now and just cant seem to figure it out.
Any ideas?

Example of problem (left(server) Shoots, right (Client) see different impact point.
The issue is the same from Client to server.

Many thanks in advance for any advice,

Got it fixed by linking together all the variables through the event from the player BP.
I needed to add the vector variables from the camera forward vector + word location formula to the actual event node that the BP_Player contains (the first image). now you just need to keep on plugging this all the way to the event nodes untill eventually you reach the ‘fire bullet’ blue print. Works like a charm now :). 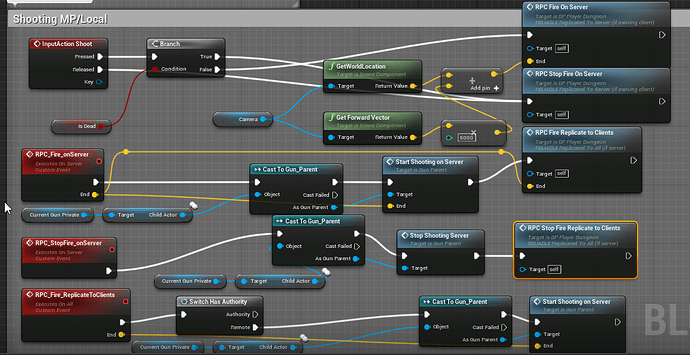