Hi everyone, I’ve been trying for a while now to come up with an accurate ledge detection system. I figured I need two traces so far, one that projects out from the player, and a second trace that ends at the collision point of the first trace to find the top edge of a wall. It’s quite hard to explain so I drew a little diagram: 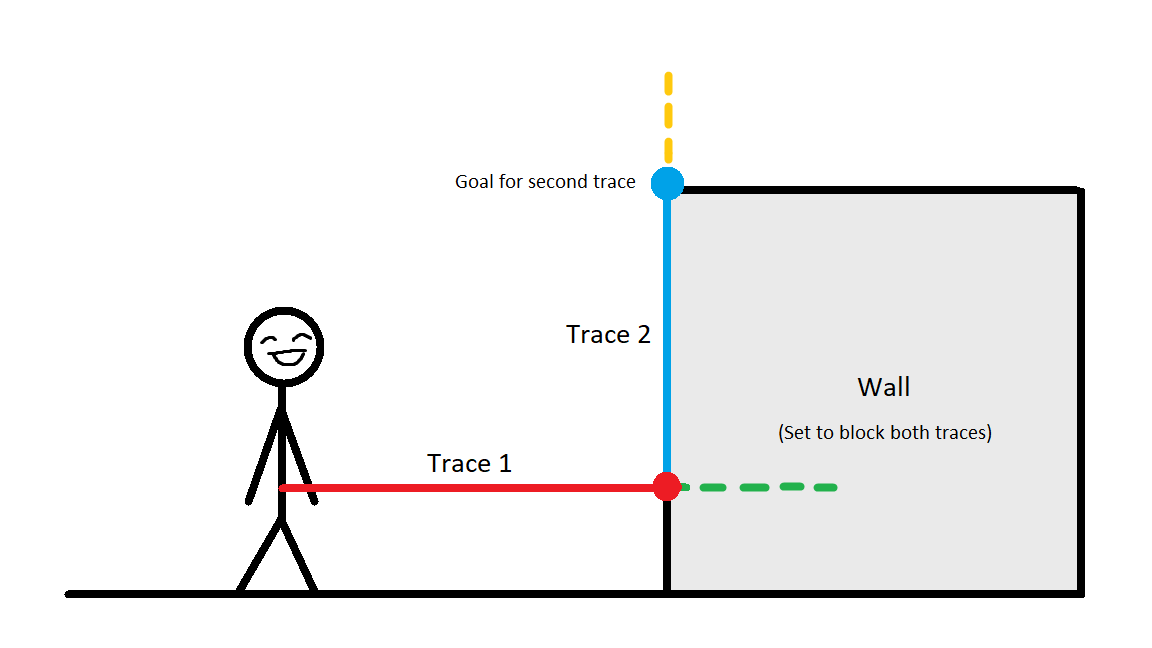 And here is what I have for the second trace which follows from the first trace in the same function (excuse the mess):

Usually people makes few sphere/capsule traces in forward direction. every next trace is higher than previous. to detect when capsule passes. Then make trace from above to detect edge.

You can get the mesh bounds from the first trace

Oh, how could I go about doing that?

Thanks for the answer! This sounds like it will work but I can’t help but think it might be a bit inefficient and hard to manage.

How to measure static mesh height or width in units?

How do you measure the exact dimensions (height/width/depth) of a static mesh in units? I do not want to get the relative scale of the object, that is a value that defaults to (1,1,1). I want to retrieve the exact height of the static mesh in a...

I have a blueprint taking a Static Mesh as an argument (public variable or component). My blueprint replicates the mesh in the level several times. However, I would like to control the distance between the meshes, so that it is adjusted to the...

Would this work for more complex models such as a rocky cliff-face or moving objects?