I’m currently working on a lightsaber mod. It will have at least 3 lightsabers: Vader, Skywalker (ROTJ) & Obi Wan). Here’s my current progress: 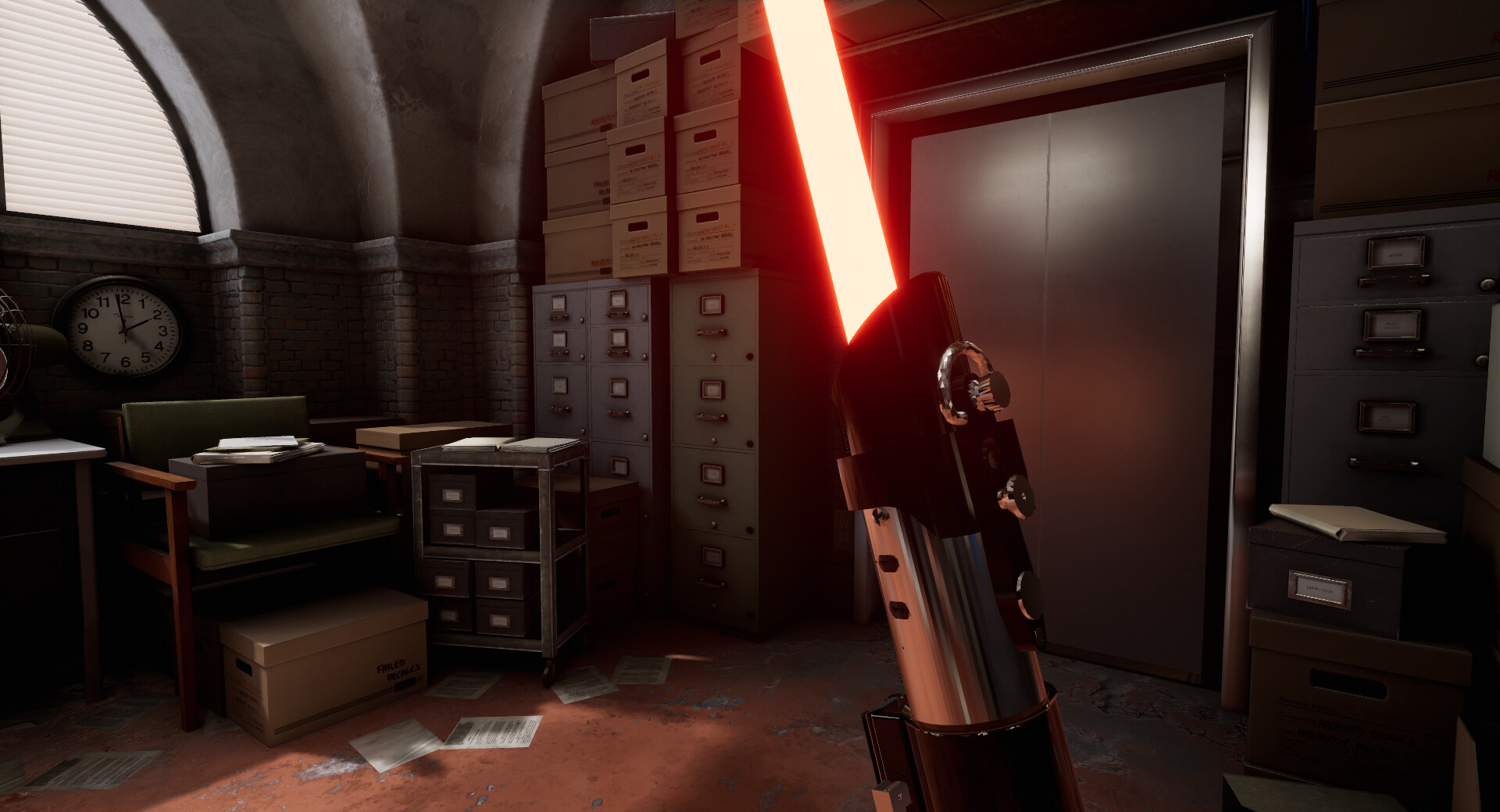 After the lightsabers are finished, I’ll post the .robo file. Afterwards, I might expand this project to include a custom VR pawn with Force Push and Force Lightning powers along with getting some Battle Droids added. Perhaps even a Jar Jar because I surely can’t be the only one who’s wanted to rip his head off by the ears

Battle Droids would be great a long with the ones that roll and have a shield.

coool, cant wait for it

I want it lol good work

Nice work. When do you expect it to be released.

Nice! You are truly the master! Can’t wait for the release.

great. if you haven’t, yet, try to get some inspiration in walz of the wizard, the telekinesis there felt pretty cool

Awesome! Let’s get a real star wars game up!

Thanks for the support, all. I didn’t have much time this weekend to work on the mod but I expect to have an early version of it with my current progress available early this week. I want to rework the damage so it feels more like a proper lightsaber and less like a blunt instrument. I also want to clean up some stuff in the main bp.

If I have time, I’ll try and add the throw attack before this first release. It’s currently set to turn off the blade when released which I want to keep for just dropping it but I want to add a check if thrown to keep the blade ignited to use as an attack.

<shamelessPlug> While you wait, feel free to check our our Paperboy inspired VR game ‘Special Delivery’](Special Delivery on Steam) for Oculus Rift and HTC Vive. It’s currently 10% off in celebration of our recent update

This looks absolutely awesome, really looking forward to watching this and other mods for this game evolve.

These things really need to dismember

And i dunno if its been mentioned before but… Force Pull and Push?

NobleSpoon! This is truly some amazing work!! Can’t wait for the final version!

I’m currently dabbling in a melee weapon mod myself and had some questions for ya if you don’t mind sharing your wisdom.

What kinda mod template did you start with? I attempted both a CustomPistol and CustomGun mod but I noticed that I’d have to do a lot of BP rewiring with regards to grabbing and interaction (since my mesh wouldn’t have all the bones that a pistol has). It’s a shame there isn’t a CustomWeapon template that allows you to start from scratch (but with the basic components already in).

Ooh, nevermind! I just discovered the Fortnite melee weapons mod! That should give me a good place to start.

Ooh, nevermind! I just discovered the Fortnite melee weapons mod! That should give me a good place to start.

I’ve found a small bug in the Fortnite Weapons pack that changes the hand offset when they’re grabbed. Waiting on the rest of the RR team to get back from vacation to track it down, but wanted to give you a heads up!

I am really looking forward to seeing this mod

. This has inspired me to create a weapon mod. How much time have you spent on this project?