I’ve been learning the Unreal Engine through a website called Digital Tutors and everything was going fine until I accidentally hit Launch. I cancelled the launch and now I’m getting lighting glitches that only appear in the viewport once I’ve built the lighting. I’ve tried recreating the project and reimporting all the assets provided with the tutorial series, and even uninstalling and reinstalling the Unreal Engine, but with no success. I’d built it a dozen times before I accidentally launched it, and it looked great, so something happened when I launched it. Here’s a photo of the lighting glitches I’ve been getting. 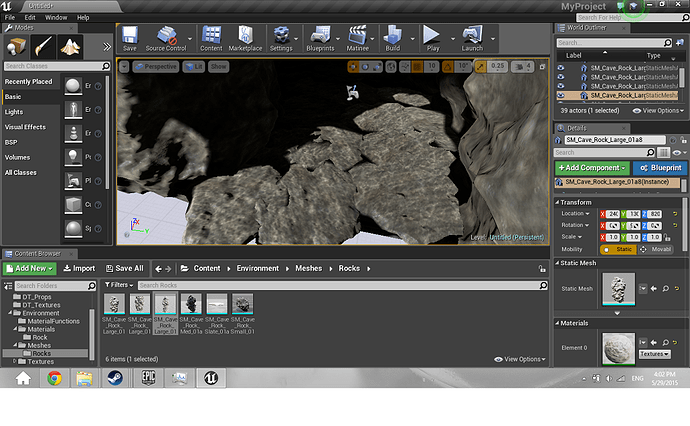 Do you get any errors when you build the light? Which engine version do you use?

The scalability settings are all on the lowest settings, I’m using engine version 4.7.6 and I don’t get any errors.

I turned the scalability settings up to epics and it fixed it. Thank you very much.