well i think it was a bug that 4.14 solved but i still get light bleeding when i move away from the bleeding spot. 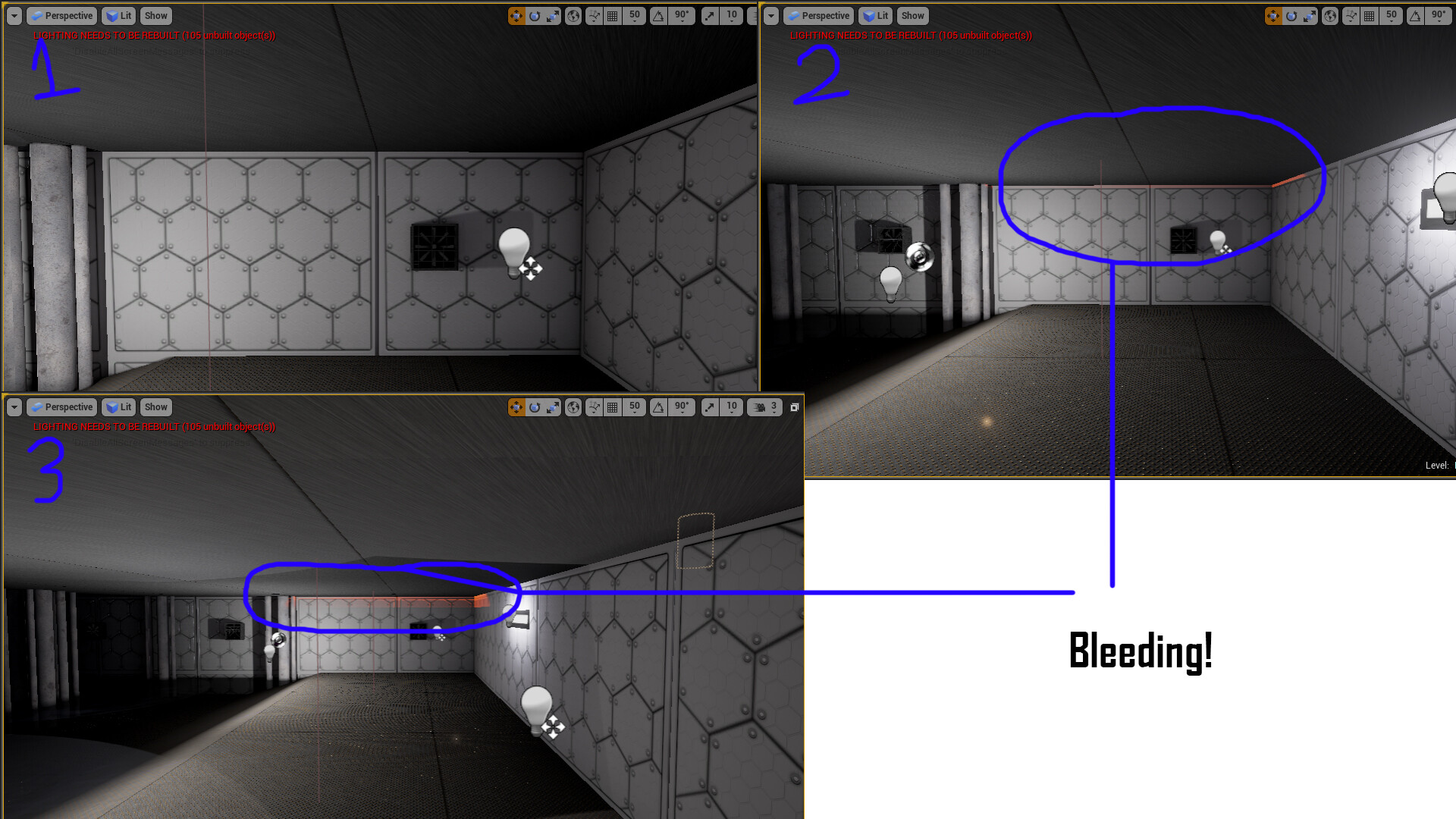 i have given the link to image. see in frame 1 camera is closer to the corner where light bleeds but since its close it looks fine. in frame 2 camera is at minimum distance for bleeding to happen, at this point you see a red light bleeding. the reason it is red because i have made it red the only problem is bleeding. on frame 3 camera is far from that corner and the bleeding increased to a significant amount. now its not only this corner there are other corners also as well but only the corners which are the part of that specific red light room. that means i don’t get such bleeding from other rooms but this room only. something similar is happening with a student in my college. he is getting same type of bleeding but from sun light i mean directional. at this point we both tried increasing lightmap resolution size upto 1024+ and built light at production level but no success. his directional light was stationary or directional and my point light is static, just told this because i meant that being static, stion…, direc… do not make any change.
thanks in advance if you guys can solve it.

I am going to just redirect you to our Lighting Troubleshooting Guide which will point you in the right direction. You should probably rebuild your scene in Production quality lighting as this has the most accurate representation of the finished product. Be sure you have placed lightmass volumes around your scene where you want to have the highest visual quality which will receive more than a single bounced light.

Also, sometimes you will just need to block the light bleed by placing a blocking object between the light that is causing the bleed and the outside of the wall. This is not uncommon in some of our projects as well.