From udk to ue4 … Really useful your tutorials. https://www.youtube.com/user/WorldofLevelDesign/featured

This guy deserves a dev grant or 2.

TeslaDev (youtube.com/user/TeslaUE4) for getting started, Peter L. Newton for advanced movement and giving me a better understanding of Vectors (youtube.com/user/PeterLNewton), eXi for Networking (both his compendium and looking at the Multiplayer Lobby System from the Marketplace which I bought) http://cedric.bnslv.de/ and all Kitatus projects. Unfortunatly the first two are not active any more and the old URL of Kitatus’ Website doesn’t work so I can’t provide a Link.

Pretty specific but the is wiki:

Append to text file instead of writing over whats there

Hello! I have been following Rama’s tutorial on how to write to a text file from UE. ( Link ) It is a very helpful walkthrough, but I am wondering if there is a way to append to the text file instead of writing over what is already there. I have been...

answered most of my questions about writing to disk from UE4 gameplay code.

TeslaDev (youtube.com/user/TeslaUE4) for getting started, Peter L. Newton for advanced movement and giving me a better understanding of Vectors (youtube.com/user/PeterLNewton), eXi for Networking (both his compendium and looking at the Multiplayer Lobby System from the Marketplace which I bought) http://cedric.bnslv.de/ and all Kitatus projects. Unfortunatly the first two are not active any more and the old URL of Kitatus’ Website doesn’t work so I can’t provide a Link. 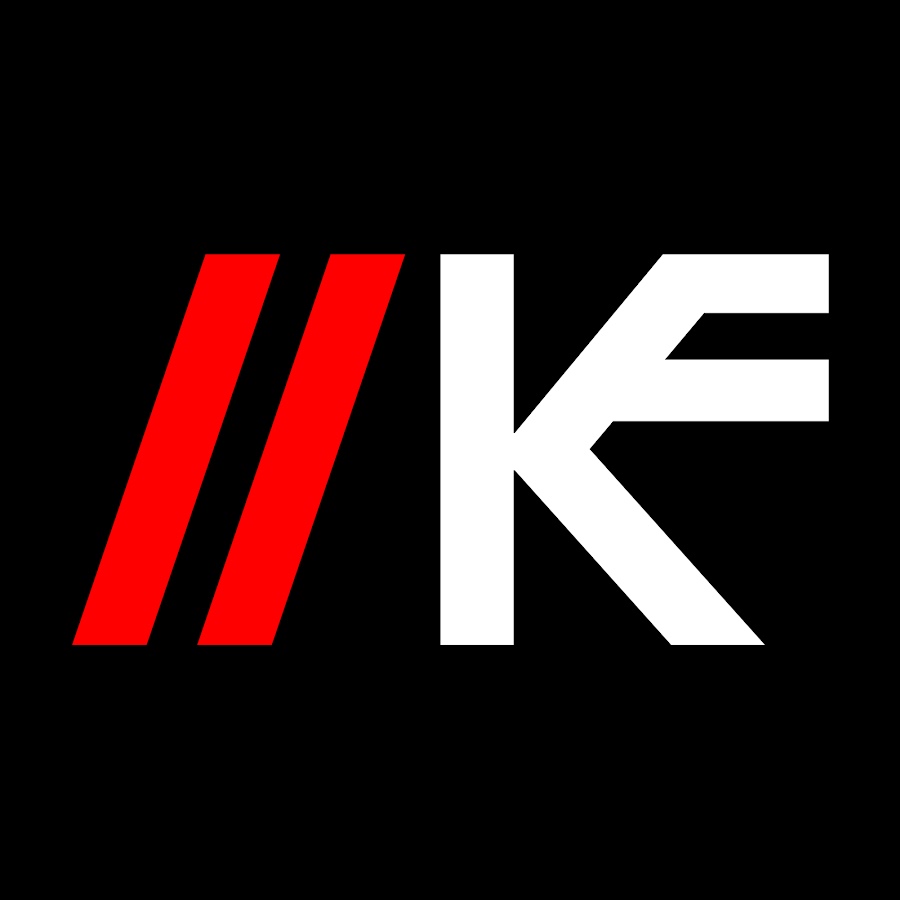 Welcome to this here fancy Kitatus shindig. You've found the hub for all things Kitatus; where we talk about games, the gaming industry and every in between. We also create free educational content for learning Unreal Engine 4 and game development...

Kitatus and MatthewW should get major grants, but obviously Kitatus now works for Epic =D

Still. These guys continually maintain great community resources – I am sure I am not alone in learning something from them.

Great C++ tuts by this guy → Orfeas - while a great abundance of tuts exists for BPs, I really needed some C++ ones, and his tutorials helped me where i struggled the most!

My vote goes to Shooter tutorial by @intoxicat3
Really the go-to place if you’re searching for FPS project knowledge.

The most useful things I’ve come across when learning the engine are:

The entire open world kite demo presentation, watched that a few times.
All of the early blueprint lessons, pretty much.
The FBX export page on the docs is useful for going back and remembering the naming convention for collision.
Unreal Engine 4 Course (Create Multiplayer Games with C++) | Udemy As an artist, this is probably the only approachable C++ tutorial on the entire internet. Usually I find everyone ‘teaching’ C++, even the Epic content, does so presuming you already know how to program, finding something that went from square 1 really helped me out.

More than anything else though, the Content Examples sample project. I go to there before anything else every time I have a question on how something works, since being able to interactively modify and tweak what’s there is easier for me to understand than a post on answerhub or the documentation.

For me it’s been Kitatus Studios, Paul Swartz from Cryonetic Studios and Blueprint Games 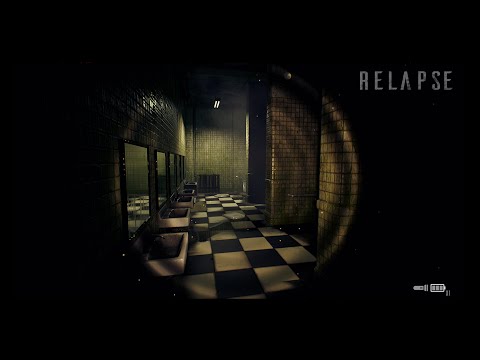 GameDNA studios https://twitter.com/gameDNAstudio firstly for the various products - I wouldn’t have made it this far without being able to get the ad revenue from the intersitional ads (4.14 is finally bringing this in) and reward videos. But also for just being so helpful in general and supporting his product to the level he does. He shipped universal ads right before XMAS last year, I was trying to get it shipped for XMAS morning - he was there to support me getting it out at 3am my time xmas EVE. <3 GAMEDNA

Chris Babcock on multiple times has gone out of his way to ensure my Android game works/answers hardcore questions about problems I’m having - when the libpng issue happened I had spent days getting my release ready to build and was met with that, thankfully Chris was there (on the weekend too) to help me get across the finish line hours later

I don’t know what I’d do with out

and all the other EPIC people being super helpful on twitter.

Youtubers like Tesla, Mathew Wadstein and anyone else who teaches techniques

Before you guys even hired him, Tom Looman was the man, the myth, the location.
His ZEEF guide and his own tutorials? 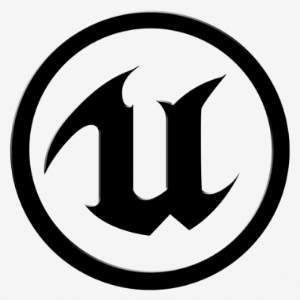 This isn’t to slight the help me and mine have gotten from everyone else - you all have been amazing as heck as I pop in and ask something I know nothing about - @boredengineer is amazing for physics, f’r example, but Tom deserves his recognition.

Big shoutout to Zak Parrish’s original UE4 blueprint tutorials on the official youtube channel, back in the 4.0 days! Without them, I would probably never have gotten into making UE4 games so quickly or competently. They started me down this path, and I’ll forever be grateful for it

Also, Peter Newton’s BehaviorTree/AI tutorial taught me everything I needed to know to figure out the rest of it.

Besides programming, art and design I have been mostly focusing in how can I optimized the workflow and pipeline for all our departments by using Unreal Engine and more. So I had to do a lot of pre research before and during using of Unreal Engine 4. With that in mind this helped me a lot during the process and sharing with the rest of my colleagues at work.

I have been helped by various people so far:

This image helped me understand which folder I could ignore on SVN and which was required.

Has been sharing a lot of guides and tutorials and I have been using this material for our game designer to block out the levels instead of using the default WorldGridMaterial from Unreal Engine.

When this was created during #Slack, I was there almost 5 days a week and tried to help others with their problems and even reached out to some to help me on my problems. Without knowing I met some during GDC 2016 in San Francisco! The community is now using Discord which is also awesome! But I am not using this on a daily during work.

Since we have been switching to Wwise as our audio engine/plugin this is what helped me to get the software/tool integrated in our project(s).

And not to forget,

All my colleagues at Turtleneck Studios, where we share our knowledge and experiences with each other when experimenting new stuff during development!

Hmm I got one Particular Training Video with Zak Parrish I really love to share to Beginners since it does such a awesome Job explaining some very basic Fundamentals. Basicly a must Watch Video if you just start out.
Blueprint Communicationshttps://youtube.com/watch?v=EM_HYqQdToE
For me Personaly I would say eXi´s Compedium since I had a general weakness with Networking and its my goto Resource to lookup if I struggle. The Plugin Development Training Video with Michael Noland C++ Extending the Editor | Live Training | Unreal Engine - YouTube and not a Tutorial but a Simple enough to take apart and Study Source for a custom FEdMode GitHub - coderespawn/haste-plugin-ue4

Theres so many great resources for UE4, but I’d probably have to say that my favorite one is Twitch

To be fully honest with you guys, I never really went to a single documentation page, thread on the forums or tutorial without roughly knowing what I wanted to in advance or without having at least a glimpse of an idea of how to do it - I usually only go to the docs to refresh my memory and/or look at a particular parameter description.
My story started out back when Unreal Tournament was announced (before they moved to their own channel on Twitch), which is also the time where I started to watch the regular community and training/support streams - even though I didn’t consider getting one of those too-cheap-to-steal subscriptions back then with my old potato of a PC. Then GDC happened, Tim announced the Engine going free, and I installed it anyways just to confirm: my PC could barely handle it. This didn’t stop me from sticking my nose in, tinkering with knobs and buttons or even taking part in one or the other Game Jam. Now, years later, I’m still doing the same - I happen to find some cool stuff on the stream, try it out the next time I jump into the Engine.

But if I had to pick, it would probably be the FBX Content Pipeline along with the Physically Based Materials page to get my content imported and look as good as possible (with my humble programmer art

), where I regularly look up various things that I easily tend to forget (such as the measured values for various PBR materials, see also Sébastien Lagardes blog post “Feeding a physically based shading model”; or the various naming conventions to get Collision imported just right).

Otherwise, +20 to that awesome list @Jeisu compiled…and pretty much every other reference posted here - theres a lot to learn with the Engine, and just as many opportunities and resources to do so.

well here: https://forums.unrealengine.com/
haha, so well yeah, learn a lot by helping others, seeing other’s mistakes & how they fix them not to mention the multiple ways to fix problems.

would like to say I’ve probably learned the most from: https://forums.unrealengine.com/showthread.php?127685-November-ue4jam-Nov-10-13th-GO-WITH-THE-FLOW
yes it’s the Game Jams

& a big thanks to all the people that just make their knowledge and experience available for others, it’s Google -> https://www.google.com/#q=unreal+engine+4

and a great big thanks to this guy - Mr Allar himself :http://allarsblog.com/
between his twitch streams, blog etc. An inspirations to us all yes it’s the Hero of the Peole !!!
(which is a word now)