The top 3 submissions will receive an Epic Swag Box with all sorts of goodies, a “Game Jam Finalist” forum badge, a featured playthrough on the June 30th Twitch stream, as well as a highlight on Unreal Engine launcher!

HOUDINI LICENSES
In addition to the Epic Swag Box, each member of the winning teams will be receiving 1-year of Houdini Indie (including the Houdini Engine) provided by SideFX. This amazing tool can be used with UE4 through the official Houdini plugin.

AIPD KEYS
Also in addition to the Epic Swag Box, each member of the winning teams will be receiving a free copy of AIPD. You will have a choice of Xbox One, PS4 or Steam keys.

All participants of the June UE4jam who submit an entry will be entered into a drawing to win a brand new Intel Compute Stick and Wireless Mini Keyboard. Four (4) Intel Compute Sticks and Rii Wireless Keyboards will be raffled off during the revealing of the winner of the UE4jam on the June 30th livestream.

Streaming your work on Twitch? Let us know so we can follow along!
Are you on Twitter? Show off your work using the #ue4jam](https://twitter.com/hashtag/ue4jam?src=hash) hashtag!
Make sure you catch Allar’s stream of all the entries once the deadline is up: http://www.twitch.tv/awesomeallar

**-------- PARTICIPATING TEAMS ****--------
**
In order to streamline the playing, judging, recording, and winners announcement process, we’re requesting that teams participating in the jam let us know beforehand in order to prepare appropriately for the event. We’ll update the list with links to the games afterwards, too, so everyone can find your title without having to scroll through the whole thread

Pre-registration is not required for entry, and we know people will come in later, but it will greatly aid us in turning everything around quickly. We appreciate your help in making this event awesome

Please send myself a PM with your team name and number of team members and we’ll get you added to the list!

I’m keen, check out my previous works and let me know if you are interested and have some skills.
说中文也可以参与。有技术让我看看。

Any particular reason why this falls on a 3rd Thursday this month instead of the usual 2nd Thursday? Just wondering if something’s changed permanently?

I’m not able to participate this time, due to vacation & not sure if I can get my internet to work till then

Any particular reason why this falls on a 3rd Thursday this month instead of the usual 2nd Thursday? Just wondering if something’s changed permanently?

It was just that we’re trying to schedule the judging time around E3 since Chance and a lot of people will be gone and unable to judge the week between the submission deadline and winner announcement.

EDIT: Next month is back to normal.

Noooooes, can’t participate on this one, good luck and have fun guys, see ya next month! <3

I’m faily new to Unreal Engine but I’m going to have a go anyway I think.

I’m a newcomer to game jams and I have a question. Do I need to send any info beforehand in order to participate the Epic Jams? Or its just send it with the submission of the game? (sorry if I had any english errors, not my native language)

I’m a newcomer to game jams and I have a question. Do I need to send any info beforehand in order to participate the Epic Jams? Or its just send it with the submission of the game? (sorry if I had any english errors, not my native language)

It’s not necessary to send any info beforehand, but it helps them organize things if you know for sure that you’re taking part.

I’m definitely going to try and get something ready in time, work will likely make it very difficult but I’ve never participated in a game jam and have always wanted to.

Also, in case it’s necessary, it will be just myself participating.

Beginner 3d modeler looking for team. I am comfortable with inorganic (man made) static objects, working on sculpting for organic objects (think nature), and extremely novice with character design/animation. Below are just some of the models I’ve created. 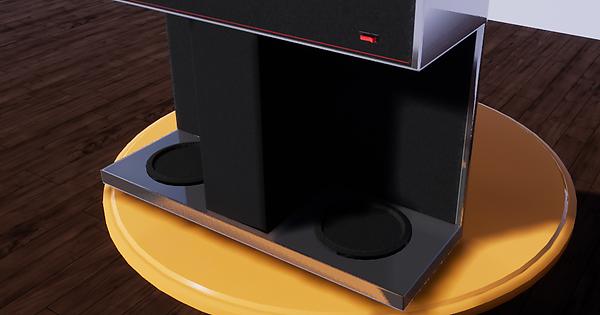 Now that uni is done for the semester I have time to participate! Looking forward to seeing what the theme is!

1st time joining in on a Game Jam but I’m pretty confident in my abilities with the Engine and I specialize in AI programming. I can also compose music! Message me if you have a spot open! Thanks!

Hey, I’m a decent coder (C++ & blueprints) but I’m no good at the pixels and polygons - if you’re an artist with skillz, gimme a shout!

Blueprint rat here looking for a team. Can make music. Last jam entry here. Please message if you’ll have me.

Hi i I’m an audio person looking for a team to join for the jam PM or email @ lewisbean.audio@gmail.com if your interested.

Sent a PM! Can’t wait to see this month’s theme

Best of luck to those who are participating!

I’m in! Hopefully I can finish, big weekend ahead, and 6 weeks old baby.

I will be on Twitch as usual Twitch