Hi there, For game design reasons, i want to try to make a proof of concept for a J-Rpg battle system. I am a game artist /game designer, so i am not a programmer, but in unreal 4 i get along(thanks to BP`s,

).
I already made the basic equation for how a pokémon style battle would work out, BUT i still need to get around a few things, so I have been doing research on the matter, and it seems there is almost NONE help on how to implement a j-rpg battle system in Unreal. Do you guys have any ideas? Any help will be great.

Have a look at my jRPG Template:

You could also try taking a look at this free template project Link] that someone posted a link to on thistopic asking about the same thing. In theory, you should be able to examine the blueprints that comprise the template’s battle system and reverse engineer them to make your own combat system. 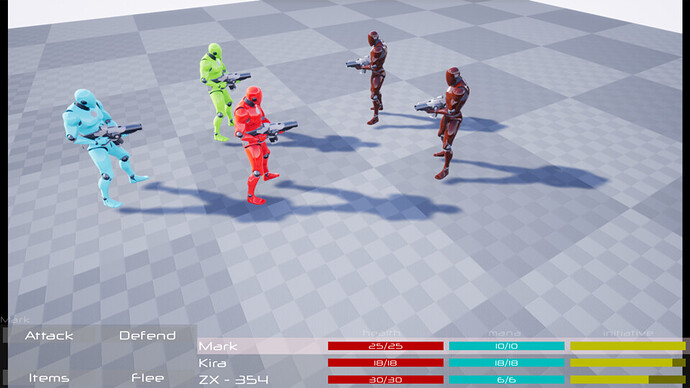 I have to say that as someone who’s also interested in making a JRPG-style game eventually, its been quite disappointing to see a lack of tutorials online for how to make a turn-based combat system. Not only disappointing but also rather odd, as I’ve seen countless requests online asking for such systems, heck, on this forum alone topics asking regarding turn-based combat systems seem to pop up every couple of months from my own observation such as the one where I got the link for the JRPG template I mentioned above, and yet I’ve never encountered a tutorial on how to make one.

Meanwhile, searching YouTube will provide a endless amount of tutorials for making a Action RPG in the vein of games like Elder Scrolls. Although these tutorials can still be useful, since both turn-based & action RPGs share many of the same mechanics, so you should be able to use those tutorials to learn how to implement things like stats, controlling the character on the overworld, talking to NPCs, purchasing & equipping items, or creating certain passive skills like increasing a character’s Strength value by +10%.

Oh well, hopefully the template I linked above can help you get started.

Have a look at my Action jRPG Template:
https://forums.unrealengine.com/unreal-engine/marketplace/1775358-action-jrpg-template 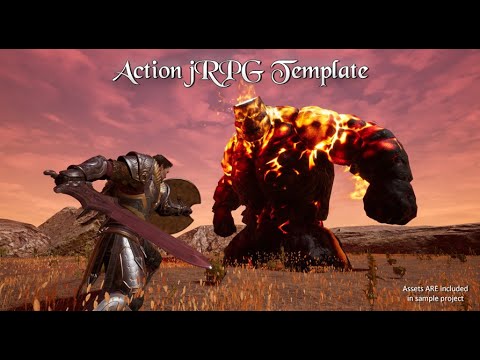