Have you made sure the Actor has ReplicateMovement as true?

I am having a issue replicating the position of a missile in my game. I have tried all that I know about and it does not work. The missile moves fine on the client that fires it but does not move at all on the other clients. Anyone know where I am going wrong?

It was not ticked and is now ticked. The same behavior is present.

May I ask why you are not using a UProjectileMovementComponent for the missile?

Here is a setup that will move a “missile” on the server and other clients without needing to have a ProjectileMovementComponent, though I’d rather just use that. 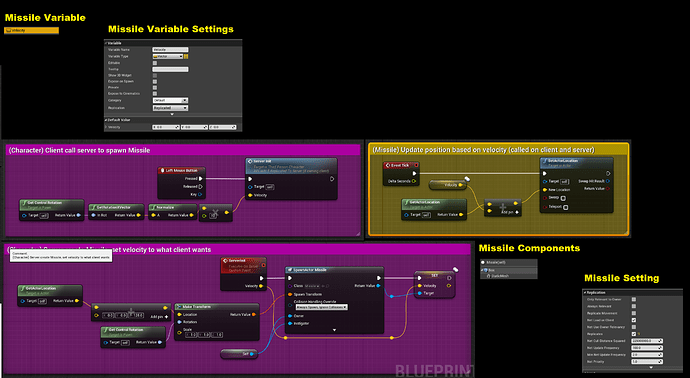 I set up everything as you did and the movement works fine! Unfortunately the rotation still does not work though

Here is the code i have