Is there a way to clear memory, or references, in UE?

Please see attached image, where most of my GPU usage is coming from HairStrandsInterpolation. The only problem is, there are no groom assets in my scene (any longer).

Also, there seem to be some ray tracing functions showing up as well, but according to the documentation some of these items are controlled by a post-process volume which I have in my scene but is disabled.

I’m also very curious if this happens to anyone else - I’m using UE for primarily VFX/Cinematics type work and it seems that every time I use it, once I’ve been in a project for a few days, made a bunch of changes to sequence(s) or lighting scenarios, the whole thing just bogs down, usually to the point of simply not working at all anymore (I have literally recreated entire projects just to be able to process it out). I’m familiar with garbage in, garbage out, so I’ve been about as meticulous as I can be about undoing any changes I’ve made that seem to create problems, or that don’t fix the issue I am trying to solve. But as this stat gpu dialog shows, there seem to be a number of things that are not even in my scene (nor any other levels) that are for some reason still getting processed and I can’t help but wonder if I’m the only one.

Well, I said not in any other levels, but for instance, this level is vehicle_test4 which is a version save of vehicle_test3, which does have some groom assets in it. So, I’m curious if there is a way to just clear everything out except what is currently in this scene, in this level, and on screen right now. 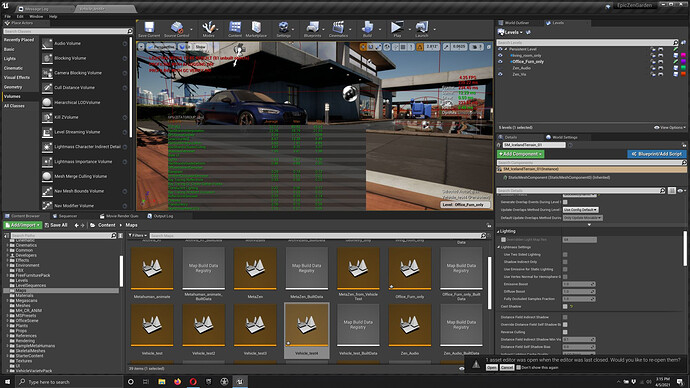 This happens to me too… I have to close the scene to get it back down.

Same issue for me , and if you put a sceneCapture2D,it will cost a lot of gpu usage no matter you show or hide the hair strands.