Is there a TextureCube resource for a skybox?

In UDK I had my skybox as a texturecubemap with 6x textures set together.

Is this feature removed from UE4? The skybox texture is a spacescape, so I would rather get this to work than make a skysphere.

Had similar problem, and after some trial and error i think i i managed to get it right. 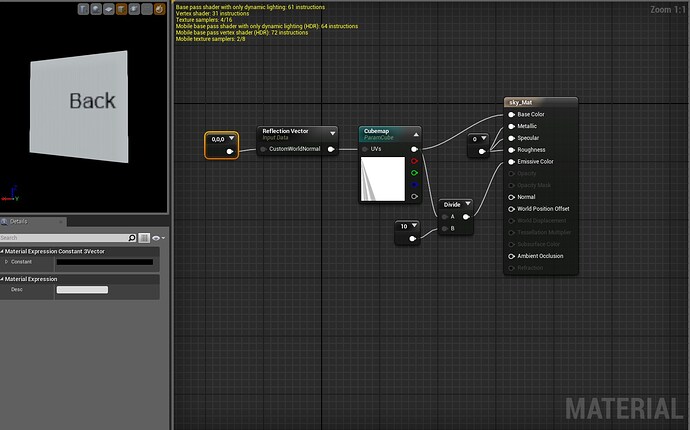 Thanks for the detailed walkthrough!

As an adittion to Xarn answer, you can also create a Blueprint object with the following components hierarchy: 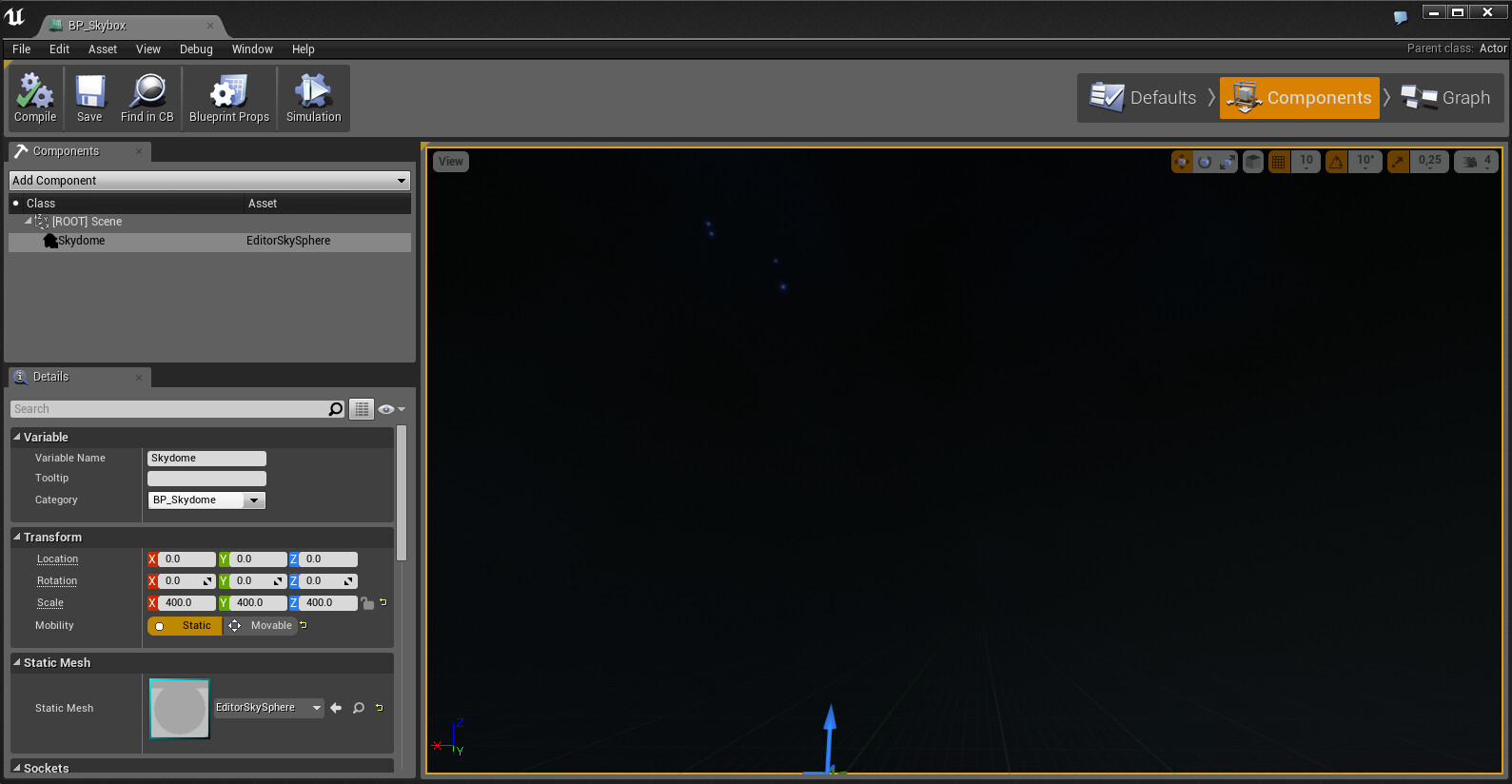 The model used in the Static Mesh should be an sphere so the edges of the “cubemap” aren’t visible. You can use a Sphere mesh located in the Engine folder. Also, to set the material you need to add the following to the Blueprint Construction Graph. 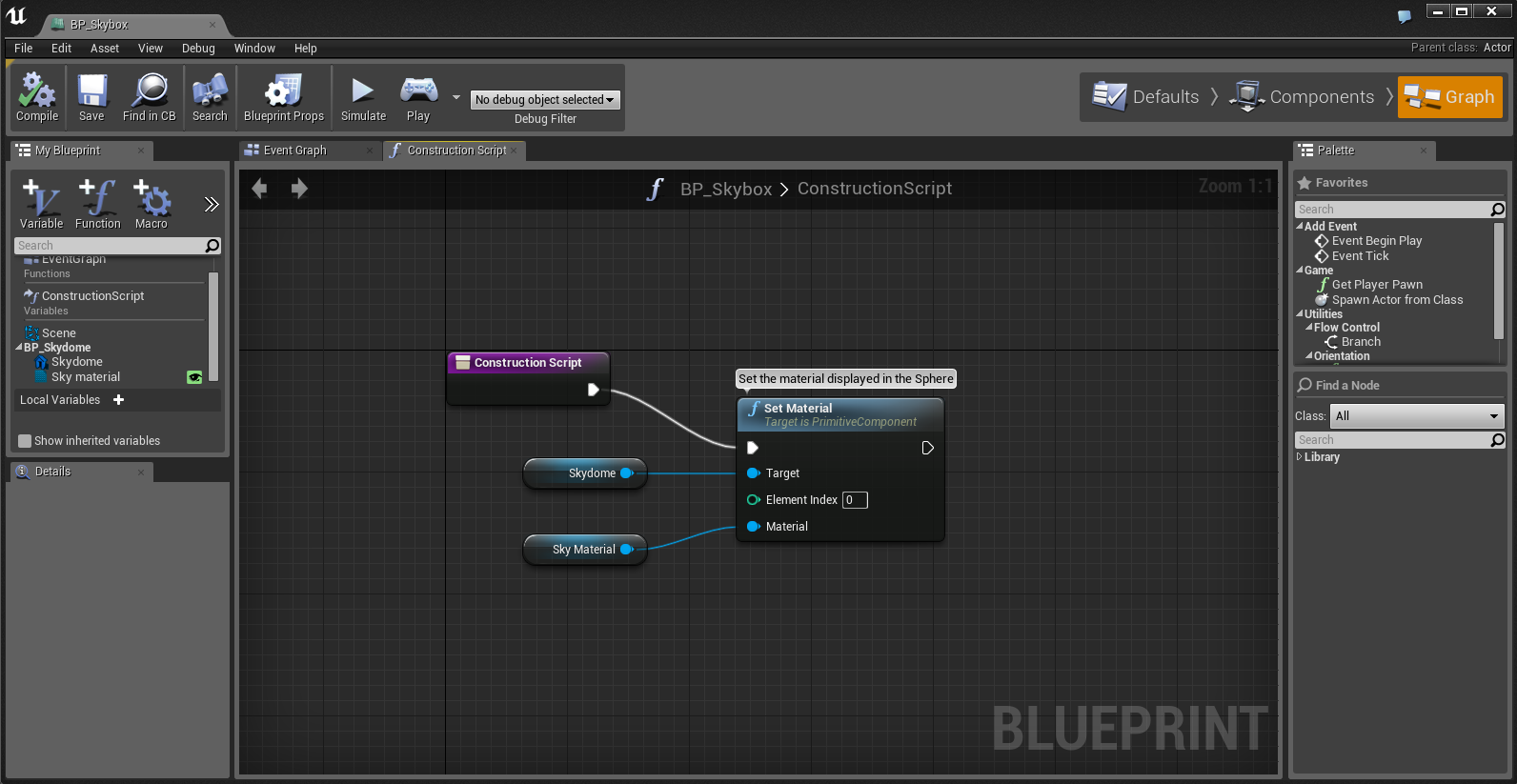 This way you will have the most basic version of a Skybox which you can tweak as much as you can instead of modifying the default one.