Interface in C++ to blueprint problem

This shows up in the editor just fine. I then have a blueprint that has this interface: 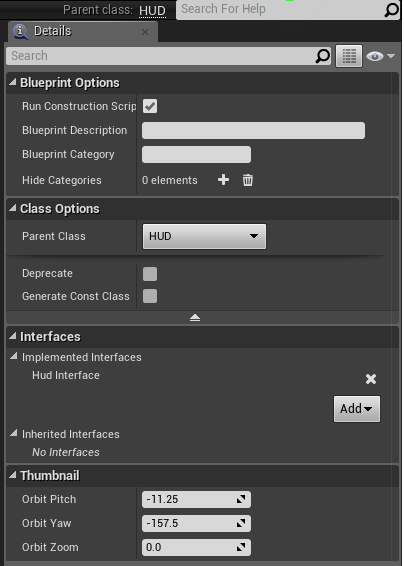 That works just fine as well. However, if I try to go back to C++ and grab the hud from the player controller:

hud will always end up as null. My question is, is it even possible to create an interface in C++, have a blueprint use it, and then reference the interface back in C++?