I am new to UE and VSCode and I have been trying to get some experience in game development. I started going through the Battery Collector tutorial (C++ Battery Collector: Adding Variables & Functions | 04 | v4.9 Tutorial Series | Unreal Engine - YouTube) as I have a coding background and would like to get into the API and general C++ implementation.

I am having issue with VSCode. Some of the included header files added by Unreal when I created the class are showing an error from Intellisense: “cannot open source file “*.h””,

where *=any Unreal Class header 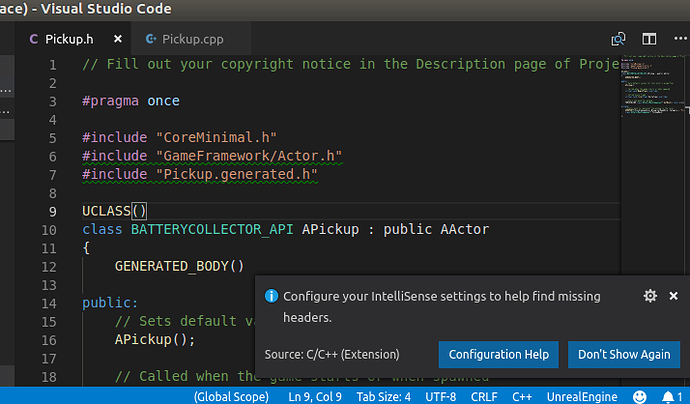 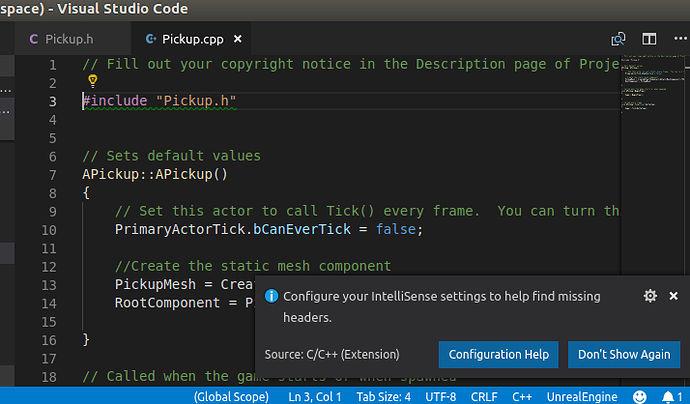 I am more than happy to provide any other information or get involved however is best. This doesn’t stop me from compiling but I would like to understand what is going on, any help or insight would be great.

You’ll have to tweak some of the hard-coded paths for Linux.