So I have Hierarchical Instanced Static Mesh Component (now that’s a mouthful). I use it to populate tiled world with walls. Unreal version 4.23.1.

Walls are simple one-sided plane with material, nothing fancy - but very important: pivot point is on bottom, but in middle of mesh, not in corner of mesh.

Second screen shows same two meshes, but created using blueprint code in construction script. Everything else, including HISMC’s settings, is identical. Variables in both transforms are also identical to transforms entered by hand above. Mesh is same.
Now rotation is imperfect and there are pixels where things behind wall corner are visible. 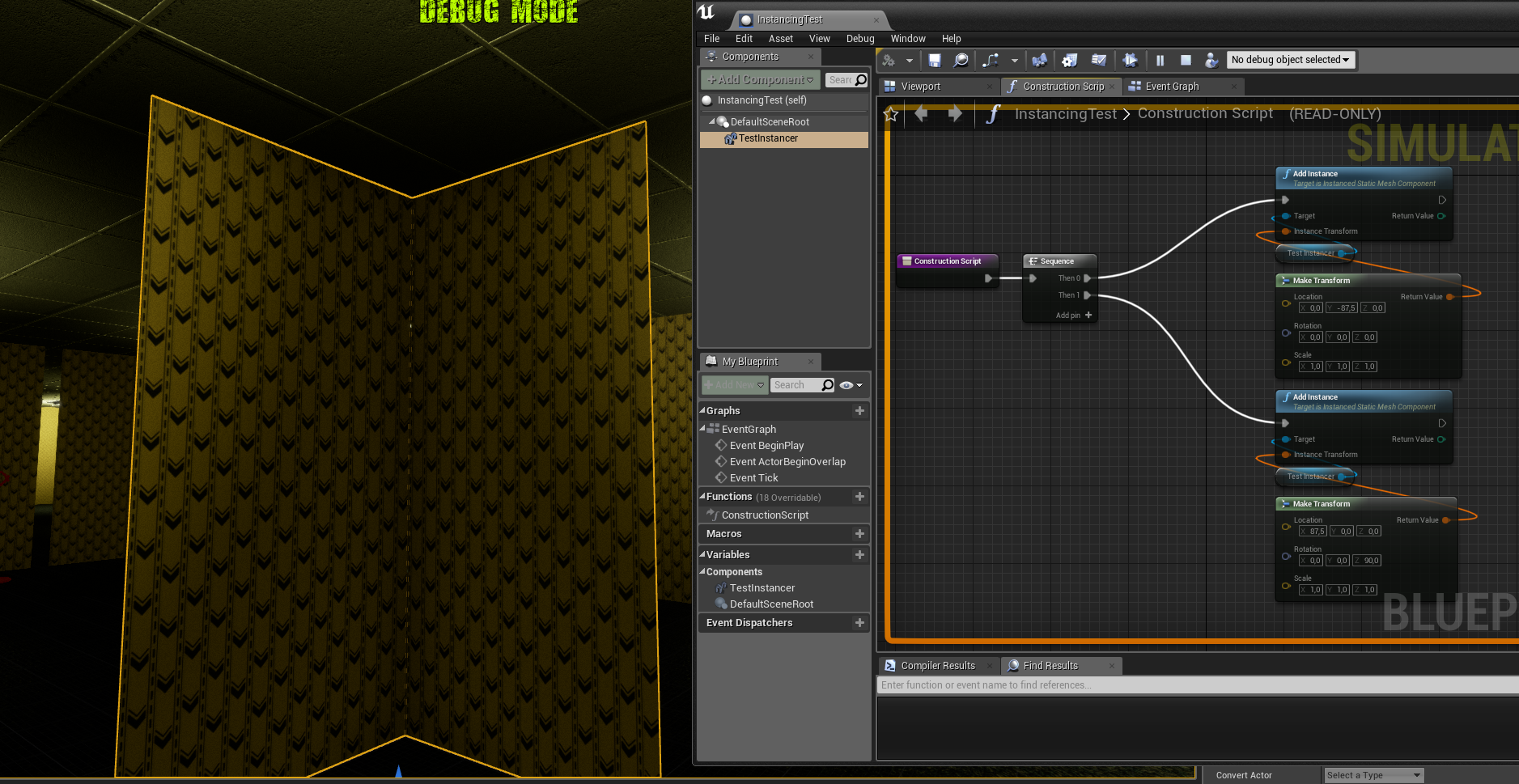 Why this makes such difference? Is this some bug? Is there any way to deal with it?
Only workaround that I discovered so far is simply not rotating in first place - that’s it, use four version of given mesh for each cardinal direction (so basically using four instancers). This is obviously… very suboptimal.

EDIT: For anyone with similar problem - I solved it by using quaternions instead of FRotator.

Internally, in both cases, HISM just has an array of transforms.

There must be differences in transform values between the two.