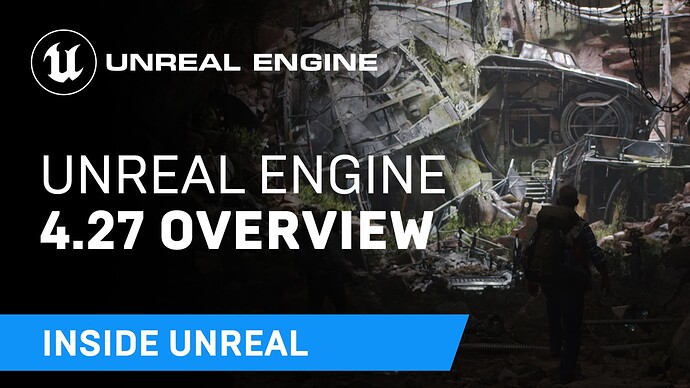 WHAT
Coming soon to a launcher and repo near you, Unreal Engine 4.27 will feature new workflows for virtual production and in-camera VFX, updated architectural and manufacturing pipelines, OpenXR support, and built-in optimizations with Oodle and Bink—and that’s just scratching the surface!

Join us as we preview these brand-new additions with the Epic team and share what you can expect to see in the next release.

Will there be an update regarding the Water System? about Fluid Interaction

Why? You create UE 5. Develop this please. We need faster release. UE 4 outdated after UE 5.

I also wonder if the water plugin has seen any updates since 4.26.

Yes, as easy as with any other update

You can migrate from UE 4.27 to UE5 main, but not UE5 early access
Welcome To Unreal Engine 5 Early Access | Unreal Engine Documentation

Any estimate on a release date?

Hey @max_newgameplus, we don’t announce specific release dates but you can use the previews, and the history of our preview release schedules to get a rough idea. We’re always working to release as soon as we can!

I know you usually drop the documentation at final release, but it would be very helpful to have documentation during early access - even if it’s not yet complete, particularly for new features which have no docs at all yet.

UE 4.27 is focusing in Virtual Production, XR & VR. Since UE5 is significanly different, they are just making better UE4 since the entretainment industry doesn’t have the patience for a new engine like UE5.
Check their roadmap, is very consistent how the development is being focused in Virtual Production than Gaming instead.

Product roadmap and feature requests. Welcome to our product portal.

will we be getting proper alembic streaming same as MAYA instead of streaming the whole cache into memory ? especially alembic cache that is 15gb or more.

Just want to say thanks to Ryan Mayeda and everyone else involved in the updates coming to live link face. The calibration is something I have been hoping to get a for a long time and I hope more features will come for it in the future ^^

Alembic streaming should already be possible in 4.26, since it’s mentioned in the release notes. But there is no documentation. Maybe someone from Epic can shed some light on this issue.

Are we going to get any info about the mobile enhancements that are mentioned in the roadmap? 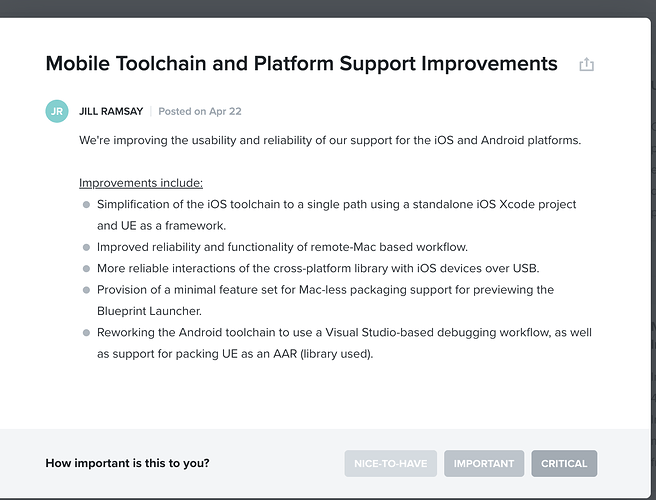 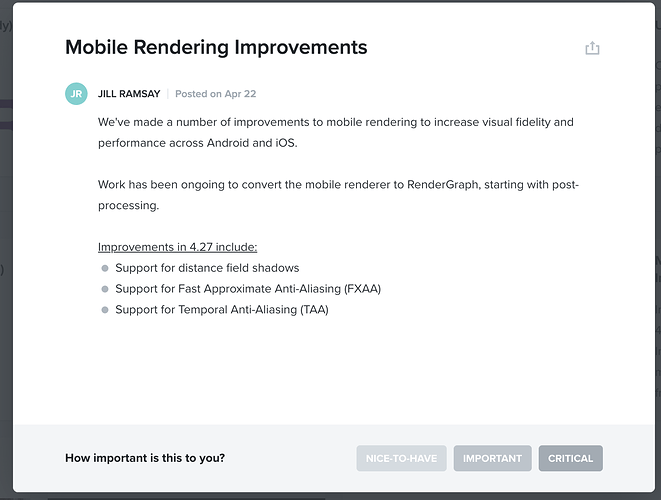 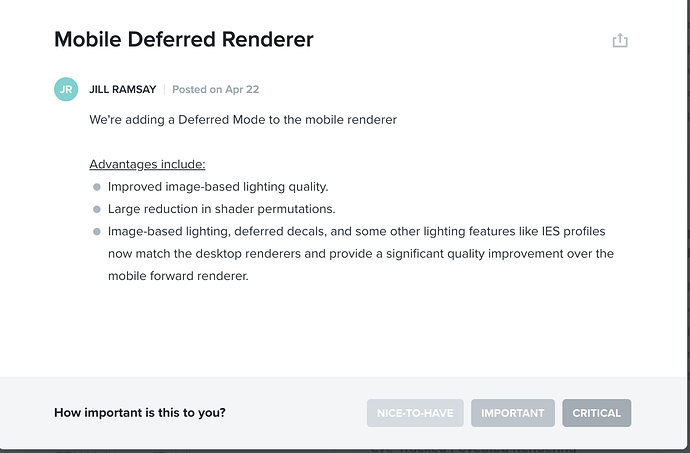 Sorry to post here, but please help me out cant seem to get my question approve on the answerhub, I want to shift my project from 4.26 to 4.27 to check moving hair ABC (the new feature of ABC with xgen)
But after installing my 4.27 crashes at 86%. 4.26 is running alright and even 4.25 is running fine.
Can someone help me out
First line of the error is
Assertion failed: ModuleManager.IsModuleLoaded(ModuleName) [File:D:\Build++UE4\Sync\Engine\Source\Runtime\Core\Public\Modules/ModuleManager.h] [Line: 277] Tried to get module interface for unloaded module: ‘CUDA’