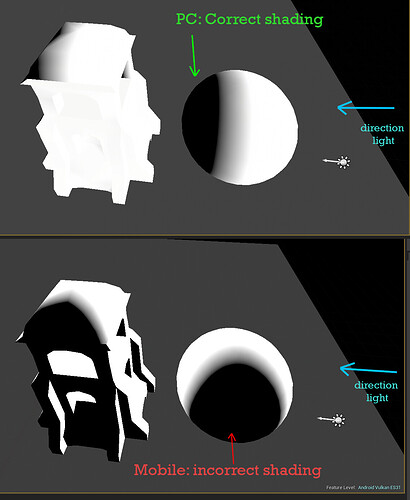 If I use stationary light then the shading works correctly.

This bug is both in the preview render and on real devices after the build.

It seems that the programmers have mixed up the direction of light of the X and Y axis in the rendering on mobile shading.

Does anyone know how to solve this problem?
I use source codes with github, can anyone know where the engine does these shading?

Spent a few days until I found where this bug is, thanks Epic Games.
This is due to a bug in LightMapRendering.cpp. Epic fixed it at 4.25 but decided not to update 4.24

The lines to be added to LightMapRendering.cpp in the same way as in 4.25