I am working on a proof a concept for a game that involves “Getting things working”. What I mean by that is the player will be presented with a puzzle that will require them to make parts using circuits and micro controllers in order to get through it. Shenzhen i/O is a good example of the type of thing I would want to create for the micro controller side for advanced player (I want to use a flow graph for less advanced players). I also want to make the game very visually interesting however that’s another story.

This will work as a semi realistic circuit system, how far this goes is down to performance. This section will go into more advanced ideas as it progresses, starting with voltage dividers etc.

I will give players the choice between flow graphs and code. They can use the micro controllers to detect voltage changes, activate transistors etc.

LUA, looks like a good choice as obviously it doesn’t need to be compiled each time however I doubt it would be easy to limit it within an object (so it only sees the inputs and outputs from the micro controller), also maybe its a bit too far? Unless you are running a raspberry pi level thing a micro controller wouldn’t be able to interpret LUA, also it would maybe give the player too many options to finish a task. Of course LUA controllers could be a late game thing for harder challenges.

Writing an interrupter for in game sudo code likely would not be too much of a challenge however it also kinda feels like it could be one of those black hole kinda projects were you can’t test for every eventuality, especially as a one man team.

Anyway if you made it this far thanks for reading! 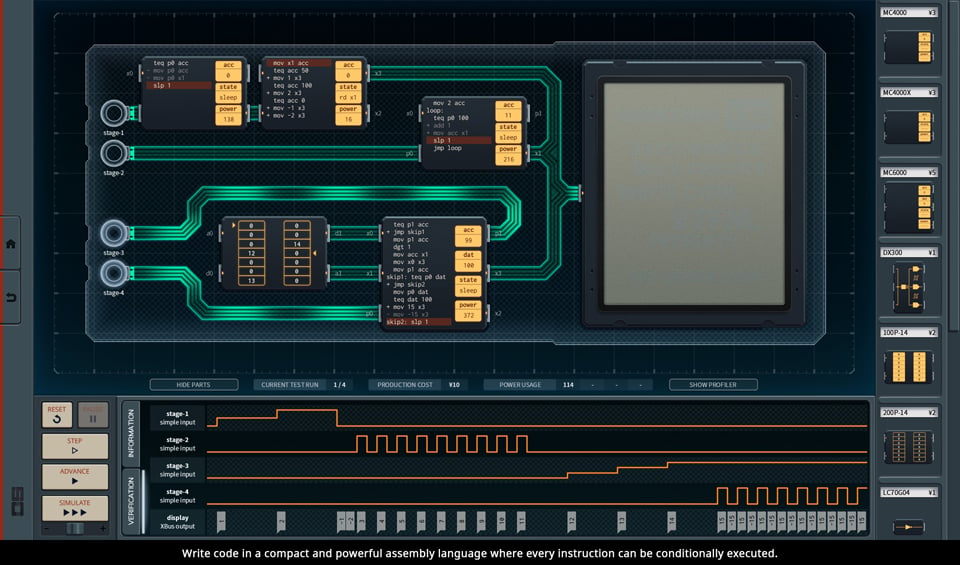 Forgot to add, another reason I want to give the flow graph as an option is because I might go into a bit of VR on this, all depends on how it preforms.

I think it would be easiest to put some of the electronics features into a mini game. I have seen them in 2 ue4 games. Deadlight directors cut had some 80’s style pocket games, and observer has an 8 bit spiders game. an example of this is in the gdc 2014 demo. They have a space invaders arcade sim, and a ufo cow placement. I think it would be good start with something simple like relay logic, ladder logic, and move on to more complicated things like ic’s, and then microcontrollers. It would end up taking a lot of work to make it a good long game. You could get interactive, and hook up to an arduino. There is a plug in for it that’s really fun to mess with.