Import fbx as a "single object" but still separated in UE

Hello together,
I want to Import a fbx file which is exported from Cinema 4D into UE. In Cinema4D my Object consists of multiple walls, etc (in fact its a whole house with doors, walls, roof and so on, as you can see in the picture above). When I import it into UE I want to keep it as a single asset(easy drag and drop) but in the world outliner every single wall(or object from the original C4D file) should be able to be accessed,scaled,rotated and whatever else neccessary. Is there any way to do this WITHOUT combining the mesh in the import setting? Because when set it to combine the mesh, I only get 1 final object out of it and i am unable to edit anything but the whole object.!

-Import a big scene from C4d into Unreal

My workaround right now is to import the scene and dont combine meshes - but imagine when i have around 1k of meshes my computer takes about a year(maybe not a year, but like 20minutes)to import those meshes into my level scene. I hope i wrote it as understandable as possible.
Im glad for any response,
Greetings Phil.

Another solution: You can add some skeleton to your house. The skeletal component has transformation options. 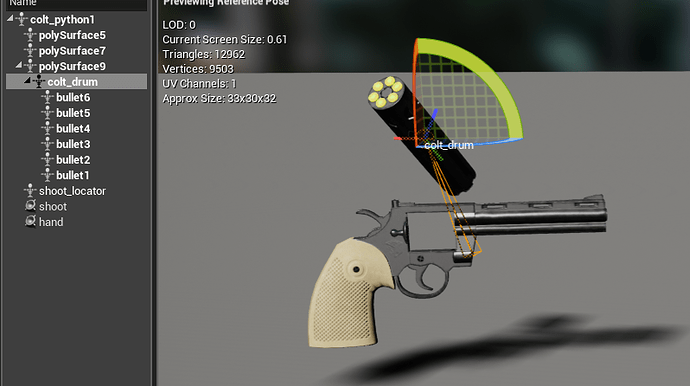 Import big scene
So if I get it right you’re trying to import the whole scenario in their respective positions? You can do so… if you import them with the correspondending positions with the combine objects UNCHECKED and then select all of the assets and drag and drop into the scene you will get that… but the problem with that is that you wont get good pivot points… at least thats what i found with maya and blender

Materials
To be able to assign a material different to the ones in the walls you need to assign different materials to the faces inside the 3D scene you have. When you import them and put the mesh into the scene you will have different elements in the detail panel

Good Morning folks and thanks for the reply.

Yes I’ve already done ith with unchecking combine and then drag and drop all of them into the scene - the pivot point is indeed pretty good messed up, but my scene components are in the correct position. the change of the materials happens in Unreal - all i need for that to work is that im able to select single walls and stuff and not like i mentioned one mesh as a whole.

-Currently im importing my .fbx without combining meshes → i get alot of single meshes i can drag and drop all of it inside my scene - but this does not look like the sweetest method. Is there any way to import the fbx as one mesh but the objects inside my scene can be seen as a single element. Like i can change the position of the wall x and the rotation of the wall y without changing the position / rotation of the single mesh (when combining it as 1 mesh). Maybe in another Words: In the world outliner there should be seen all single objects inside the fbx, but in the content folder there should be just 1 file.

“Is there any way to import the fbx as one mesh but the objects inside my scene can be seen as a single element.”
As far as I know there’s no such way if you find one let me know that would be interesting.

In UE, in the import window under the first tab “MESH”, if you drop down the arrow to show more options, there’s an option to “combine mesh” (by default it is unchecked). If checked, this will import the entire contents in the .FBX as a single static mesh.

so far I have found that in order to to what you want you will need to combine your mesh into an actor it’s a little backwards but it works, even crazier is you can actually place actors in actors. First make your door as an actor and place in into the combined mesh actor. This seems to be the only way I have found to make crazy large meshes look good, not have overlapping uvs and have functions. The problems are as an actor it is susceptible to your code so make sure that you don’t have anything to kill it. I would like to know if anyone has come up with a different solution.