So I made my first FX with Niagara. I am trying to get a dust up from some aircrafts landing.

I cant seem to get the FX right. I want to have the dust start together, almost like in a ball then blow out from the center out. If you look at the link below I feel like I have the last part of it but not the beginning. Any ideas on how to make the start of it?

Also where would I change the speed of it? Right now its just moving to slow.

First, you may want to consider animating the sprite UV randomly somewhat so that it doesn’t look like you are just moving a static sprite around. 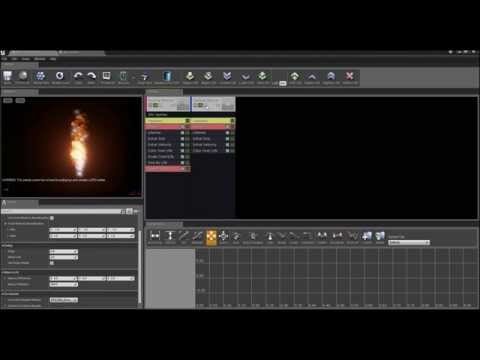 (That’s Ue4’s Chris Murphy btw, before he was working for epic.)

Yes, it’s not niagara. Yes it’s obviously dated.
But you have to look at the way he pans material UVs which is still mostly the same.

SECOND.
The system will probably have to be tuned up for whatever is using it.

Movement speed of the object it is attached to will dictate some or all of the base variables about spread that lead the effect to look more natural.

Will the aircraft just spawn the dust system on impact? Will the system be attached to the aircraft and leave puffs behind? Etc.

What about Wind Direction?
Your fast particles should probably take in values from an actor wind, a material parameter collection or a combination of both / you would have to implement your own version of a wind manager.

While those things are outaide of the scope of what you asked, they should probably be taken into account before we can make more suggestions.

… in the end, it’s what works for you / what you think looks good for your project.

Appreciate the information. I will defiantly check out the video and think more about the topics you mentioned. I am back on a different project today but plan on working on this again tommorrow.