I have a problem

The bushes in my game come out as cube meshes. If I try to erase, then I erase all of it and no bushes show up at all. Some will but most don’t.
Can someone help please?

Is that a picture of a picture?

Yes. The camera on my computer was being stupid

Ahhhh… use print screen on your PC and and grab a screen capture, then open paint and paste it in there and save as a .jpg
That will give a clear picture of what’s going on…
Almost seems like the bush static mesh is missing it’s textures… but I can’t tell from that pic of a pic

this is the problem 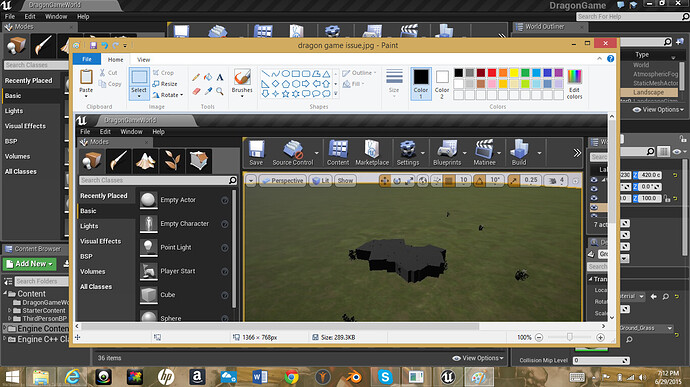 You again took a picture of a picture

@John Alcatraz - LOL yup
@pilotflyer - It looks like there is a collision box around the shrub/tree that is set to visible, open the static mesh for it and check on the collision.
May need a screenshot of the static mesh when it’s open in the editor

Ok thanks. I’ll check back once I got it

Thx I didn’t know that

Is that a picture of a picture?

OMG it was in my face the whole time!! 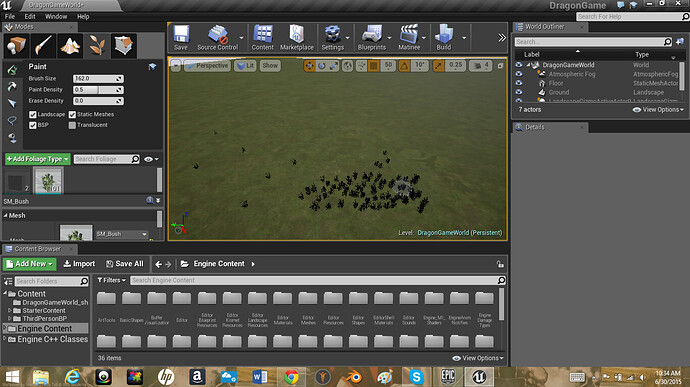 I just needed to uncheck the pallete for cube

How do i get the tree mesh instead of just the bushes?

How do i get the tree mesh instead of just the bushes?

I think I got it

Yep, that’s how it works

Haw would I add variation?