HOWTO: Get Variable Data From an Initiation File

Hey guys, I wrote a small tutorial to help some people that might have had the some question as me about getting data from an external file.

Hope this helps you guys get started! Also thank you to Mezzow for showing me this!

Thanks Creative… this is awesome

Thanks a lot, i’ll add that to the current documentation.

No problem! Anyway I can help!

can we get a section for all the “how to’s and tutorials?”

Welcome to the Ark modding community. This post should help you get started in modding ARK. I strongly advise you to get started by reading this link first : Workshop IRC Useful links F.A.Q Where to start ? Where do I get the ARK Dev Kit? ...

Quick question: after I have the variable set how do I assign it to a blueprints value?
I.E. assign the ankylo grow time to the actual value that is the ankylo’s grow timer?

I don’t find the option switchasauthority 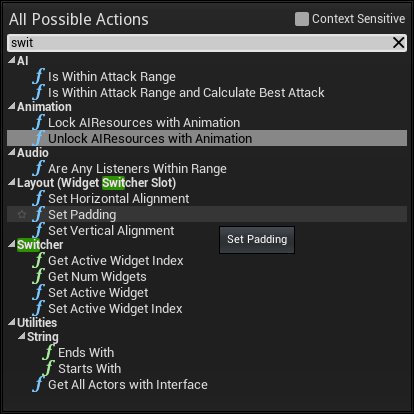 That’s all the options I have that start with swit

Check “Context Sensitive” and it will appear.

Still don’t see it unless it’s switch on something 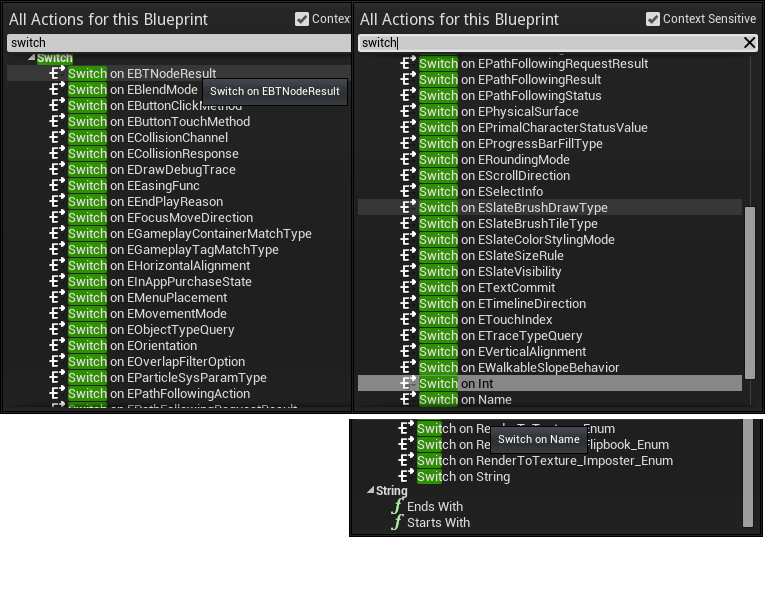 Also after I get that working how do you assign the value from the variable to the option in the blueprint? 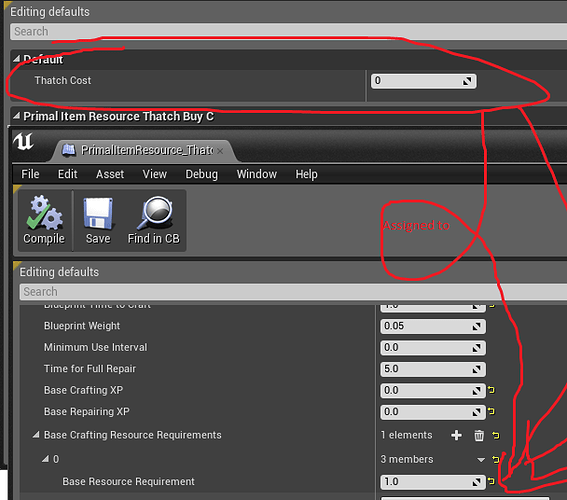 Okay I just checked. You can’t use a “SwitchHasAuthority” node in a resource or consumable blueprint.

Okay I just checked. You can’t use a “SwitchHasAuthority” node in a resource or consumable blueprint.

I’m still needing help with this can anyone tell me how to pull a variable from ini and assign it to a value (ie base resource requirement) of a blueprint?

Creative, how exactly did you get it to check the ini file first? I’ve never done anything like this before, and your tutorial was incredibly helpful, but I don’t know how to figure out how to do that bit.

I’ve been using it it’s under events and it’s visual scripting you can read from the gameusersettings.ini file the way he said only for it to actually work I had to use a delay after event begin play. you just can’t do it from certain blueprints. I used it on a shop so that it would read from the file and set the sell prices

So in order to stop it setting stuff to “0” if there is no value in the INI file, i need to set a delay-- to I set that on the “cast to shootergame” or “flotoptionini” bit?

no the delay comes after “begin play” otherwise it doesn’t seem to execute… just a .2 sec is all it needs if you read from the ini and put nothing in it … the value returned is 0 and you deal with that the way you want. the floatoptionini part pulls 0 if the item isn’t in the ini file