How would I go about replicating what the client does to the server when creating a sliding door?

I’ve been messing about with Networking in Blueprint and I can’t seem to get a Sliding Door working how I want, I followed along with the [Creating a Level - Blueprint Doorway][1] tutorials on YouTube and the door works fine, next up I was watching [Blueprint Networking - Part III: Function Replication][2] which shows a button being pressed and the event gets replicated with a Multicast.

I setup a Multicast on my Door and when the server opens it the client sees it, but the client can’t seem to do anything with the door, I notice in the Networking Tutorial the Client is never shown pushing the button, how would I go about replicating what the client does to the server? The door needs to be in sync for all players regardless of who opens it.

This is just one example, I’ve tried setting up some various other features and I always seem to run into a similar problem where the Client is not sending any Data back to the server. 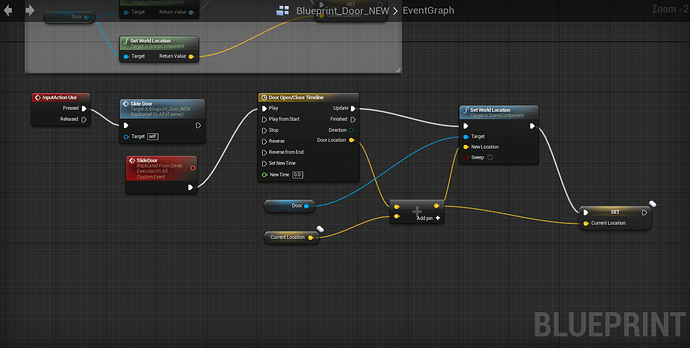