How to track down an invisible source of a light?

We have a bright spot in our level with no seemingly visible source to it, which keeps showing up after building lights (spotlight to the right isn’t the cause): 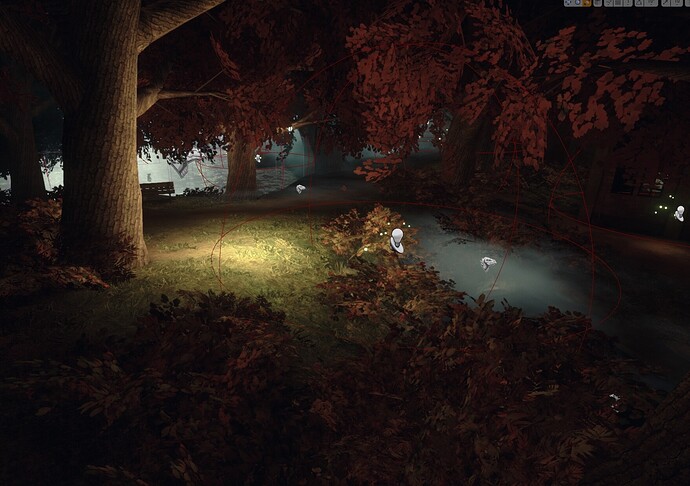 I see literally nothing in that spot, but I think it’s the 0,0,0 coordinate to where some actors get booted when you move stuff around between level or whatever was the reason. Anyways, any suggestions on how I can go about trying to track the source down, other than remaking whole level? Are there any tools/settings that could help me detecting it? Already tried going through all pointlights and assets with “light” in name through world outliner.

Edit: we are using static lighting and tried building lighting multiple times after making sure that space has no light sources. Issue persists.

Yes, we are using static lighting. This is a recurring issue, which happens even after making sure there’s no visible light there and re-baking the lights.

Are you using static lighting? if lights were baked with a light there, then the light was removed you would still see lighting there until you bake again.