How to rotate the camera by tilting?

I am working on a scene, which shall allow the user to freely look around in a 360 degree picture. This is supposed to work on a mobile device.
So, I want the camera to rotate if the user tilts the mobile phone up, down or to the sides. Therefore, I created a setup which can be seen below. It is similar to the one which is described here: Player camera Axis Mappings using tilt and rotation - Mobile - Unreal Engine Forums

The strange thing is that if I open my scene on the mobile device, looking up and down works fine, but the camera keeps rotating sidewards without me moving the phone. What confuses me, that in the article linked above there’s no such phenomenon described, even though I have nearly the exact same structure.

Any help is appreciated! 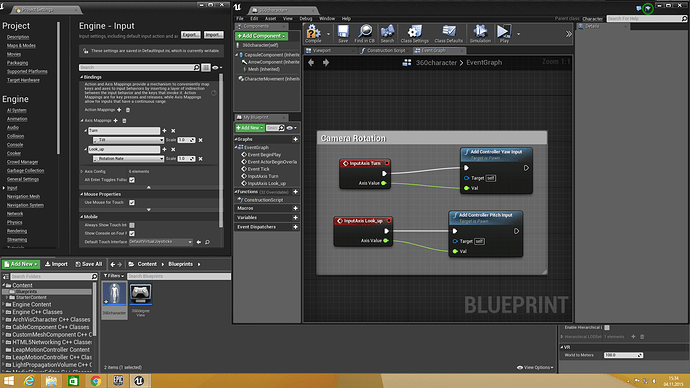 Hi~
I want to allow the user to freely look around in a 360 degrees picture on a mobile device just as you want. But I have encountered some problems. So I wonder if you have figured out how to make it. Looking forward to your reply. Thanks in advance.