How to replace "hand" from 4.1 VR project

Hi,
I am using a vr zero G template that was originally for 4.1
I am not really in depth knowledgeable about the whole motion controller in BP system yet
I have only had Unreal a year and a half, and mostly I am a game artist, not a programmer
I managed to fix several issues in the template after converting it, and I was able to figure out how to adjust speeds and things
however, there is a node in the BP_Motioncontroller that is deprecated, an d I do not have a clue what to replace it with
if I use the node suggested in the compiler error I lose the two hands, suddenly they are in the same position.
Everything in this template is working for me now after working with it for a couple weeks, I just need to know how to replace this hand set error. I’m very frustrated because I have spent quite a few hours getting everything set and working but I just do not have the knowledge of what I must replace the deprecated thing with.
If I use what it says there is a purple pin with nothing going in that pooches it 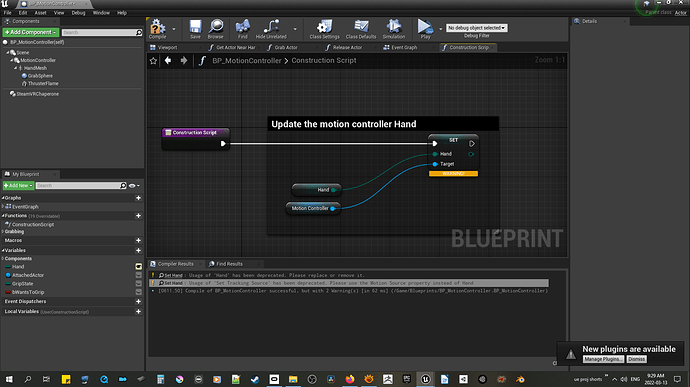 The new way is to set the Motion Source variable instead of the Hand.

When I do this I the right hand doesn’t flip anymore so both hand are in the same spot with the controllers all working other than that. 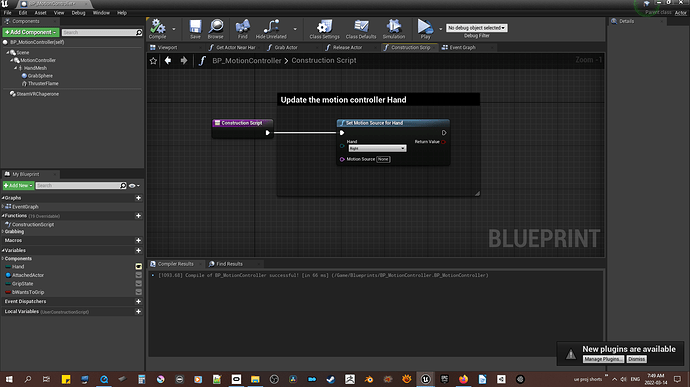 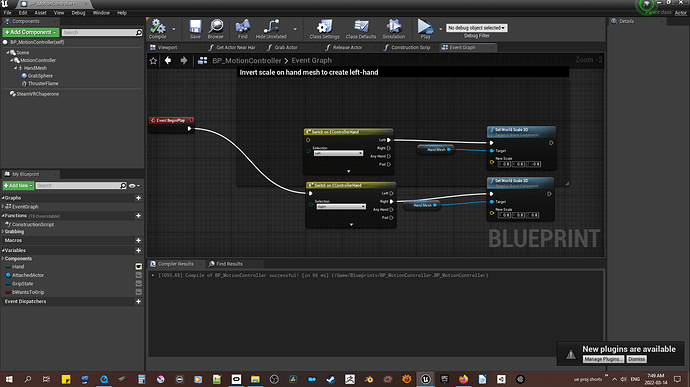 That looks like the wrong node. You need to set the value of the Motion Source variable on the motion controller component.