How To Render Arabic Font Correctly?

i Want To Use Arabic Text For Things Like The Main Menu,Cutscene Subtitles,Etc
But When i Type A Word The Text Dosent Come Off Right
Here’s An Example 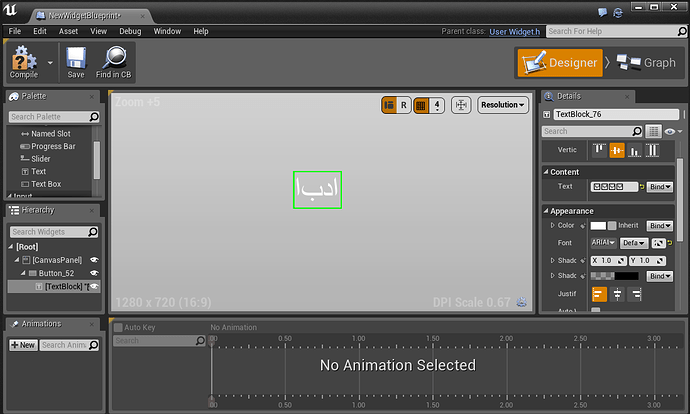 i Tried To import Ariel Font,But it didnt Work either
i Heard Something in Another Topic About manual glyph substitution
Someone Said They Managed To Render Arabic Correctly
But i Dont Know What That is
it Would Be Awesome if We Could Use Arabic In This Engine

I’m sorry to say Mido7zero that the engine isn’t currently capable of properly rendering Arabic. The main source of issues stems from our current lack of a "font shaping pass"in our font rendering pipeline.

Until that pass is added the engine won’t be capable of rendering languages like Arabic and Thai.

We don’t currently have adding a font shaping pass to our font rendering pipeline on our work timeline.

Will You Add The Pass in Any Update Soon?
Anyways Thanks For The Reply!

No, unfortunately it’s a lot of work which we don’t currently have on our schedule.

Yes we support Chinese font rendering. I also have good news that we are currently working on Arabic support for the engine, though I don’t have a timeline for it’s completion.

I have this but in material 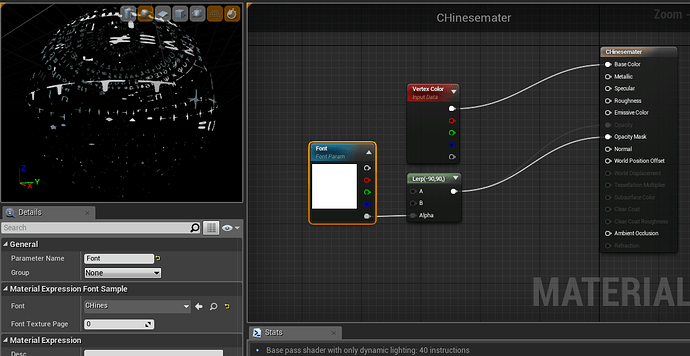 this text can not normal
how I need to do？ thanks

“asdfgfdgsd”, In that example you’re using a TextRenderActor, but those have never supported large character set languages like Chinese or Japanese well. TextRenderActor really is mostly a feature for debugging these days.

You’d have better luck with UMG UI Designer and a 3D Widget. The 3D feature is experimental, so it is far from working perfectly, but UMG supports large character set languages like Chinese or Japanese much better, and is much more functional in terms of localization. In the future, 3D UMG Widgets will be the preferred method for text in the 3D world instead of the older TextRenderActor solution.

you can do now in the latest veresion 4.11.
Unreal team, working on adding right-to-left and bi-directional text support to Slate, including support for complex shaped text (such as Arabic).
and the Known issues are:
Single-line editable text blocks do not currently work complex text (only multi-line editable text, and static plain/rich text).
There is no support for Text Actors or Canvas.
Complex text rendering is currently only available for Windows. Mac, and PS4 builds.