How to realize interactive snow in UE5

After UE5 cancels tessellation, how should we realize the demand for dynamic Displacement? For example, interactive snow.

The virtual height field does not seem to support dynamic displacement effects. Even if it can, it can only be implemented on LandScape.

I think this is a very important issue, and I hope Epic can give a solution. But it seems that Epic hasn’t explained it so far.

it’s still an open question without a proper workflow, will depend on how Nanite evolves as well as how Landscape evolves (perhaps one day Landscape becomes Nanitable, since the ultimate goal is to Nanite everything)

for now using WPO instead of displacement can do the trick both for Landscape and having to use non-Nanite meshes, however the mesh density needs to be quite high

I am curious about this as well.
Seems they have implemented this but they are yet to release it to the public? 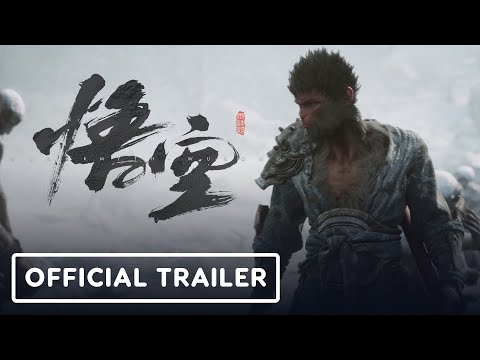 If thats not true, how was the snow deformation achieved in the trailer above? I would appreciate some info from the ue5 devs about this. We haven’t heard from them in a while.

Studios should really share/contribute code(quality code of course) to Unreal, it will benefit all users not just Epic and anyway, game studios sell game not code. I hope we start to see similar happenings in future. Maybe it has happened, i just do not know.

Yeah, there are a ton of issues that come up that I know games made in unreal have already solved, but your only choice is to hope they do a siggraph talk or something.

Like, this is such a basic thing that I can’t imagine there isn’t a way to do it or work around this, just what is the solution?

I’ve been thinking about that trailer ever since I first saw it.

Deep snow is probably not that hard but the tiny snow? It might just be an effect and not actually snow falling like you’d imagine. Imagine adding pre-rendered fluid dynamics but with snow. Snow dynamics? It might just be a trick and not an actual function. I could be really wrong though.

We need some clear answers to these questions/comments and quickly.

We need some clear answers to these questions/comments and quickly.

My guesses:
It’s early access
Correct, not a finished feature
Correct
Wait until it’s finished
Epic isn’t interested in answering a barrage of questions over a work in progress, not yet meant for production engine for which they themselves probably don’t have all the answers yet anyway.

I know it’s not the answers everyone here wants, but those are my guesses as to what they would be anyway.

We need some clear answers to these questions/comments and quickly

What happens if there’s no answer quickly?

We experience snow in real life. I shiver at the thought!

You guys lol, have you thought about the trailer just being faked? and what RECENT games that have come out solves these issues or is a fully next gen sandbox using unreal? only thing I can think of is cyberpunk and all of unreal issues show in that game.

a glorified tech demo, not an actual game…yet.

Ever see those Ocarina of Time demos running on Unreal engine?

I doubt it’s fake, but I’m sure it’s something they built themselves. Gears5 used UE4 which had functioning tessellation, and yet they still chose to build their own tessellation solution to handle snow.

Disagree, they are working for me: The holy-trinity achieved!  Landscape is a go-go! - Album on Imgur Seem to be quite performant COMPARED to what landscapes/tessellation used to offer. Overall, sure I’d wish they perform better, but that I can still get triple digits on a full 2k landscape like that, I’m ok with.

Once I get my render targets set up and hooked in, deformable snow ought to be a go. This is all tech that should still work in UE5, but I’ll test/post.

Once I get my render targets set up and hooked in, deformable snow ought to be a go. This is all tech that should still work in UE5, but I’ll test/post.

Please do. I’ve been curious to know whether the VT tiles can update fast enough for this to be viable.

What I can say from my experience is that something like snow where i just futzed with the basecolor, pbr, on a 2k landscape w/1megatexel (14,1,2) RVT, it would update realtime on the whole thing bit in slightly under a second. You could see all the tiles flicker/update rapidly. For smaller things, it should work better but I have yet to test. I was trying for worst case scenario there in being zoomed out looking at the entire thing. If you are in a valley or likely only to see a subset of landscape tiles, it would seem to be ok.

You can also do stuff after the sample from the VT. That will work in real-time as it’s not something in the VT itself, but on-top/after. Generally, I find, keep the VT static, but you can trade that for upping the res/detail given you can also enable streaming.