How to make ObjectBeginOverlap trigger only when a certain object collides with it?

I’ve done alot of research on this but I’ve found no clear answer. My goal is to have three triggers be satisfied when different physics objects collide with all of them at the same time. Any help is appreciated, thanks! 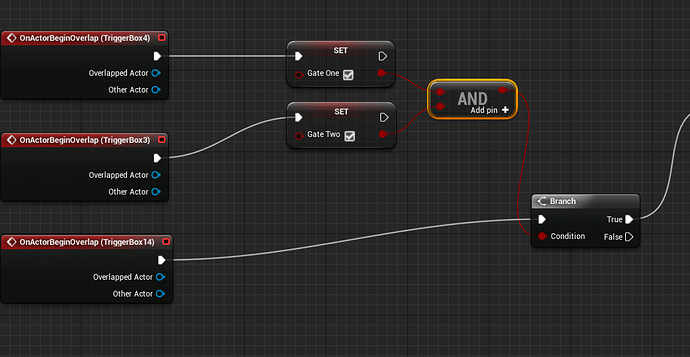 youll need to cast to the objects. so right after the object begin overlap youll want a cast node. connect the other actor pin to the cast object in pin.

Thank you so much for the speedy response! I was using the cast node incorrectly previously, thanks!