How to make a simple dialog tree?

Hi, I’m trying to make a simple visual novel game, so you’ll only control the dialog answers you choose, no moving characters around or anything.

I was simply trying to figure out how to have a widget showing the dialog, driven by some sort of flowchart, but I’ve seen a couple tutorials on youtube which are too complex for me to adapt, involving setting up character / npc interactions, and all kinds of stuff which I don’t really need.

I wanted to understand the most simple setup possible for this, so I can add complexity later. Can someone help me out? Thanks in advance 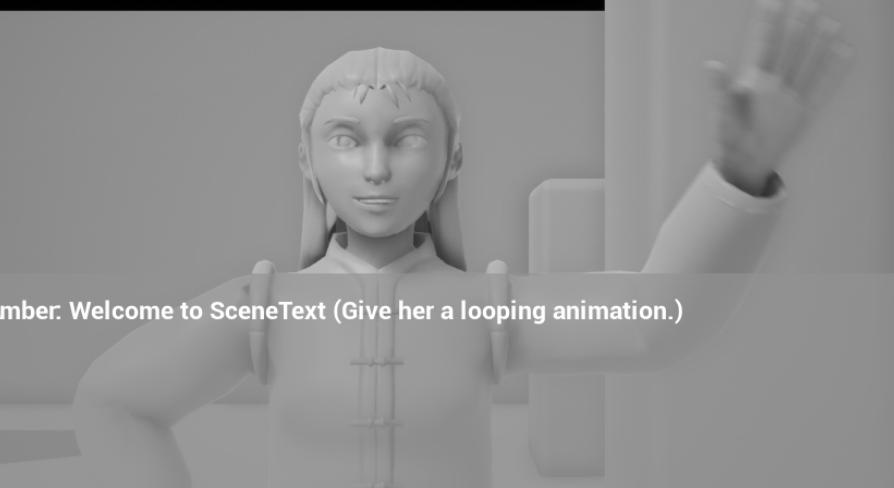 A system for dialog and story scenes.

Hi, my team and I while working on our game WarriOrb has developed yet another Dialogue plugin, because we thought the current Dialogue plugins on the market did not fit our needs. So here we are today releasing this awesome (we hope so) Plugin to everyone who wants to use it.

which I think is a public domain version of 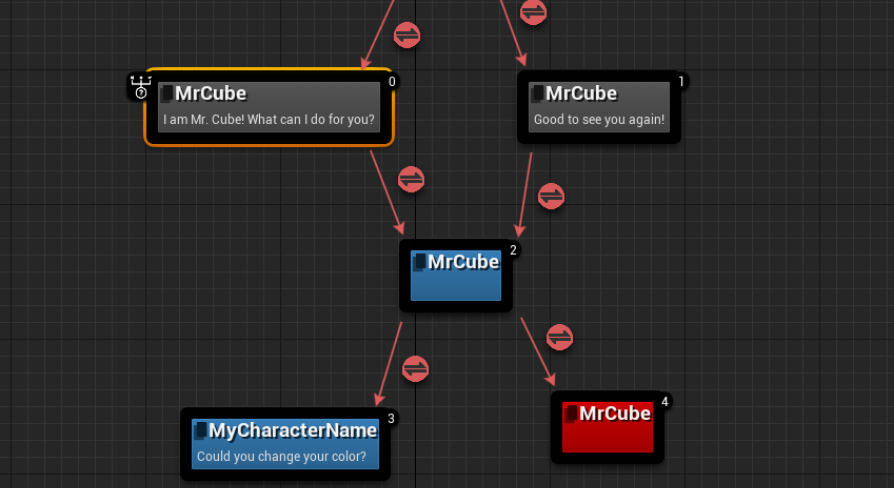 Not Yet: Dialogue Plugin System in Code Plugins - UE Marketplace

The Dialogue Plugin System allows you to create and edit Dialogues with ease in UE4 using a graph based editor.

It looks pretty involved, but it seems that dialogue trees are…

Hey thanks for replying.

The first link only works on 4.20, and the example project link is dead

Second one apparently you have either to buy it or compile it yourself, and I don’t know how to do it, and sounds way too complicated for what I need. I was kinda hoping to create a bare minimum code from scratch and expand from that, but I’m not even sure where to start.

For example:
-Should I just use branches in my character BP or is there something easier and more appropriate for that, which doesn’t involve AI, behaviour trees, blackboards, interfaces, etc?
-Should I store my dialog lines and answers as variables on my main character BP? How should I pull them on my dialog widget?
-How do I save progress? A variable in my savegame stating conversation step #, and one variable for each reply the player has chosen?

Sorry for the dead project, I did check ratings, but didn’t look further…

What sort of functionality do you envision?

Presumably you do have characters, but they are not in the game? Is it just text on the screen?

right, so in my game you don’t directly control the character’s movement, you don’t go walking around and choosing who you want to interact with, all functionality is through dialogue choices. Characters are simply animated in the background based on your choices/replies.

When you start the main level, the dialogue box appears and the lines and dialogue sequences start. For example:

Main character: “It’s late, I should get going.”

Secondary character: “Hello. Where are you going?”

I think if you try and develop this from scratch you will end up with a pile of spaghetti, that’s why there are so many dialogue systems around.

You not only have the whole dialogue tree, but you also have the character actions to control.

I still think your best bet is to get a blueprint dialogue system from the market place and take it to bits.

You’re absolutely right. I suppose I’ll eventually have to go ahead and try to compile that free one myself later on.

For now though I’m just making a demo with probably a couple dozen dialogue lines or so, so the spaghetti won’t be that terrible for the time being

I’ll let you know if I come up with something…