Hey! I had a question about how to get a system for using blendables to make an effect for highlighting objects.

I’ve seen some tutorials and other responses on the matter, but they’re all from an earlier version where there was a different system for working blendables with post-processing and whatnot.

I’ve tried changing the materials’ settings for SceneTexture:PostProcessInput 0, like suggested in some other responses, and have used the RenderCustomDepth function, however I haven’t gotten any results whatsoever.

Does anyone have a good system so that I could give the appearance of highlighting an object, without having to go through and modify each individual material? Either from blendable post-processing or from some other system that can be more universal. Also I could see using a particle system, though I could use some input from anyone who’s done this to see what might work. 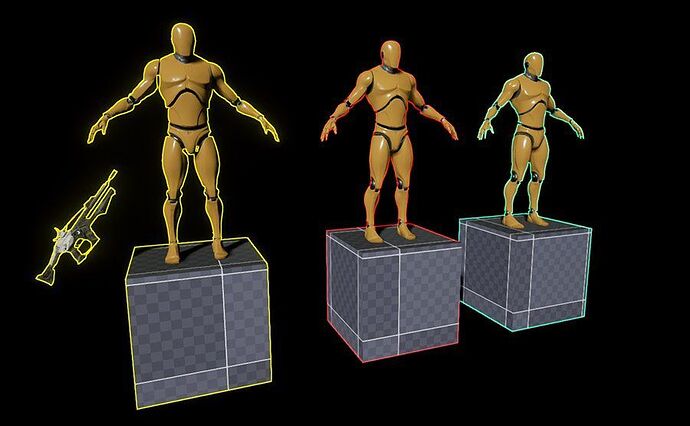 It’s doing what you tried (custom render depth + post process material) and is already the finished effect. I’ve applied it successfully without any issue at all. Just download the material, apply it to your camera or post processing volume, enable custom render depth for an object and you’re pretty much done!

That worked out! Thanks very much for your help!