How to get the perpendicular pixel from camera?

Hi, do you know how could I get the perpendicular pixel from camera? This is the effect I would achieve: 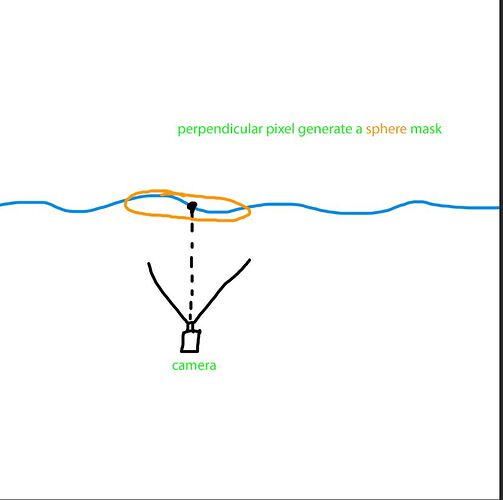 I would like to create a sphere mask based on the camera perpendicular pixel of a plane. to create an “hole” on the plane that follows the camera along x-y and fades black when camera goes far away on z.

I don’t think you can change a static mesh at runtime to have a hole in it. That’s why they’re called static mesh.

That said, if your floor or sky is flat, then you could have a permanent hole that just moves with the camera, giving the illusion of a hole following the camera.

As for positioning “the hole”, you can use a line trace from the camera to the forward vector, but since you’re more like to just move the static mesh rather than do runtime boolean operations, you just need to move the floor/sky with the camera.

Sorry, for ‘hole’ i just mean a 0 value in the opacity mask, not an hole in the static mesh.
By the way i resolved the issue, thank you

Were you asking about the Fresnel node?