How to get a certain render effect

So I use a voxel software called MagicaVoxel to create objects in .obj for UE. I use a render effect called Rounded Edges (RE) that make rounded edges between 2 different colors. I search on google but it only give me about Rounded Grids (RG) that make rounded edges for every surface faces. I wonder if I can import it into UE4 by using another type of file or create a similar effect in Unreal. Look to the pictures to see the effects. 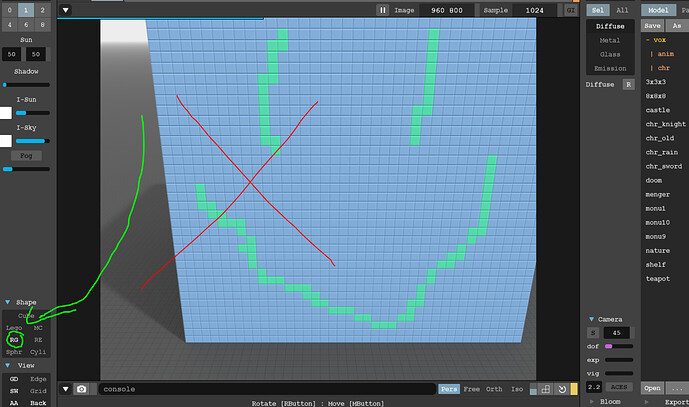