Hello everybody. I am new to c ++ in unreal and I am interested in learning this. I have always been alarmed by phantom errors or unreadable errors that say just to ignore and compilation will be successful. I did everything as in unreal documentation (Setting Up Visual Studio for Unreal Engine | Unreal Engine Documentation). But either my IntelliSense is still not working correctly for me, or I did something wrong. The problem is that my IntelliSense icon is not displayed as it is written in the documentation, this indicates that IntelliSense is working.

I thought the problem was in my version 22.3. I installed version 24.2 and now, after creating the FPS template for the project, I get 990 warnings. Is this normal? What should I do? Maybe the problem is in the version of visual studio, although it says that version 2019 is also supported. 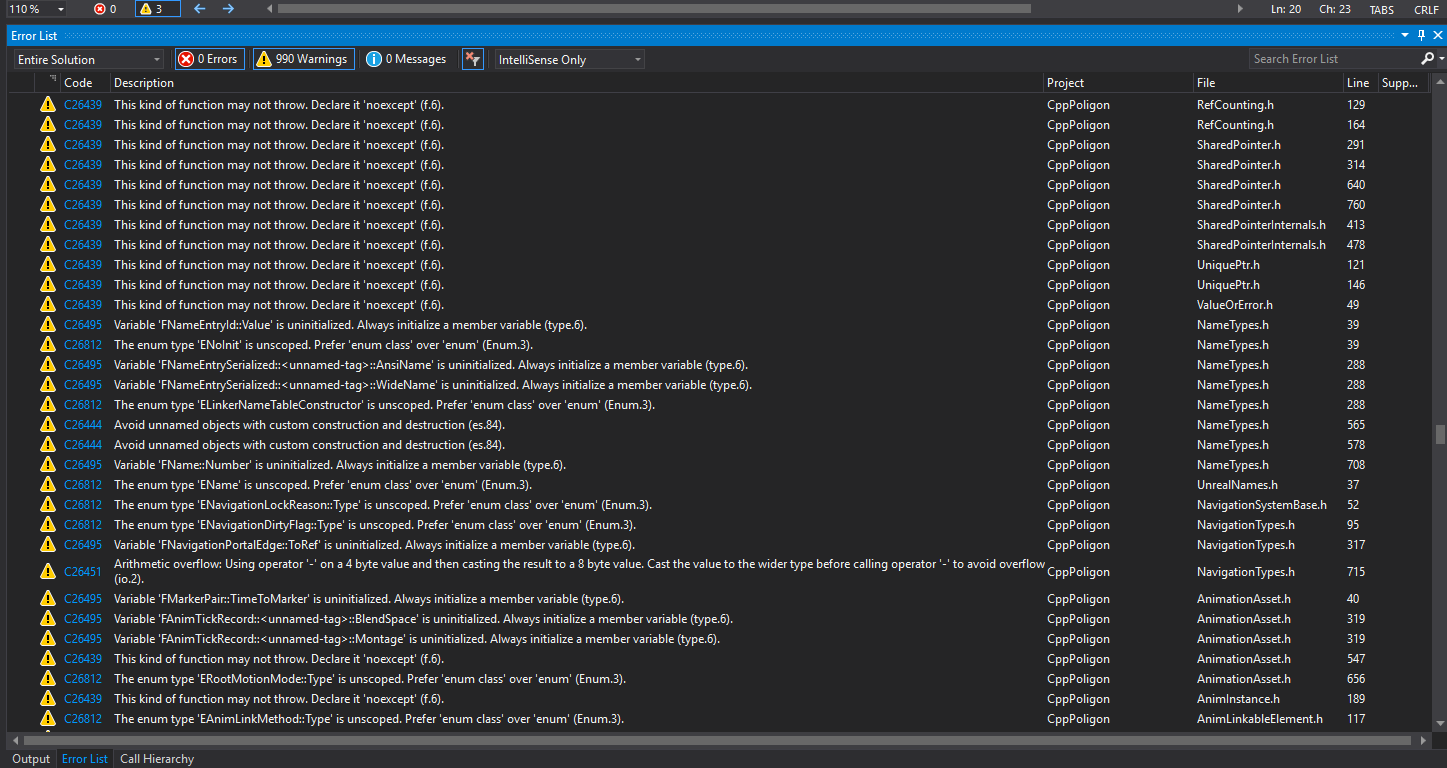 I got no warinings.
But,I got many errors。。。
Just like you, my code can also be compiled successfully.

I once had the same thing and I never received an answer. YouTube tutorials say just ignore it. But if it can be fixed somehow, it would be nice to get an answer.

Yep. I got the same issue.

I thought maybe thats because of the false folder setting between Unreal Engine and Visual Studio, but I have no idea how to fix it yet.