How To Distinguish Leaning from Walking? 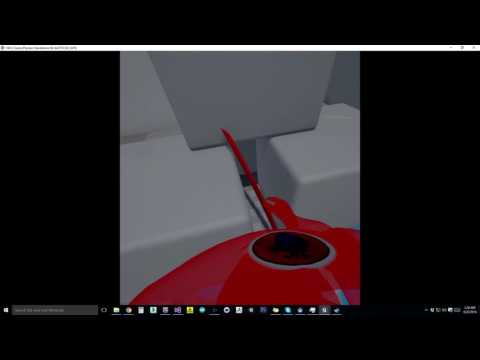 Basically, I am using the X and Y motion of the HMD to move through the world, and yaw to turn. However, this means I now move the character when leaning. Does anyone have any ideas on how to tell leaning from walking?

I guess when it comes down to it, I am basically trying to guestimate the position of the hips based on the motion of the HMD.

You can’t without a chest (or foot) sensor. I would suggest holding a button down when you want to use the move logic.

I’m basically just ignoring this problem. In practice that means that when you lean over, the first person body ends up in a crouching position, which while not ideal, isn’t a dealbreaker.

I think most people will get used to it and crouch instead of leaning, or just ignore it.

I don’t think it is necessarily impossible, it would just be a hell of a lot easier with a Vive-belt (maybe four hard sections with sensors connected by stretchy fabric). I’ll probably ignore it or now as well and come back to it if I think of anything.