How to create a multiplayer game lobby for the "Couch Knights" UDK demo project?

I’m looking at the “Couch Knights” Oculus VR demo available on the Marketplace for UDK 4. I see that the demo has basic 2 player support, where one player hosts the game and another player connects to the game.

I’m trying to take this approach and create an online multiplayer lobby, where multiple players can post their current game sessions, allowing other players to search and connect to these game sessions.

I can write a simple web service in Python, but am interested if there are demo or starter projects that can give me a jumpstart on implementing an online multiplayer game lobby?

I haven’t tested this yet in the office, but I believe that with this tutorial, two players can play the executable version of the game together. Let me know if you have more trouble with it.

Within that post there’s a link to this service that handles connections. I was thinking more of a GUI for a service like this, where multiple people can post/join games: http://www.reddit.com/r/oculus/comments/2c2ipi/unofficial_oculus_service_manager_by_bilago/

Sorry about that. The only demo we currently offer that includes a fully functioning Game Lobby is the ShooterGame Demo. It is written in C++ but you could strip out everything except for the Game Lobby code and use that as a good starting point.

Am I correct in thinking that building a lobby in blueprints isn’t feasible at all at this point in time?

I have exhausted all efforts to attempt to save a players name locally, and pull that variable in a multiplayer environment and display it on the lobby. I can achieve this by using the build in Player object in Player State but I cannot load a local save with the players name and replicate that to the server. Seems impossible

This is indeed possible. Here is a user on the Forums that is creating a blueprint/UMG multiplayer lobby template for the Marketplace. 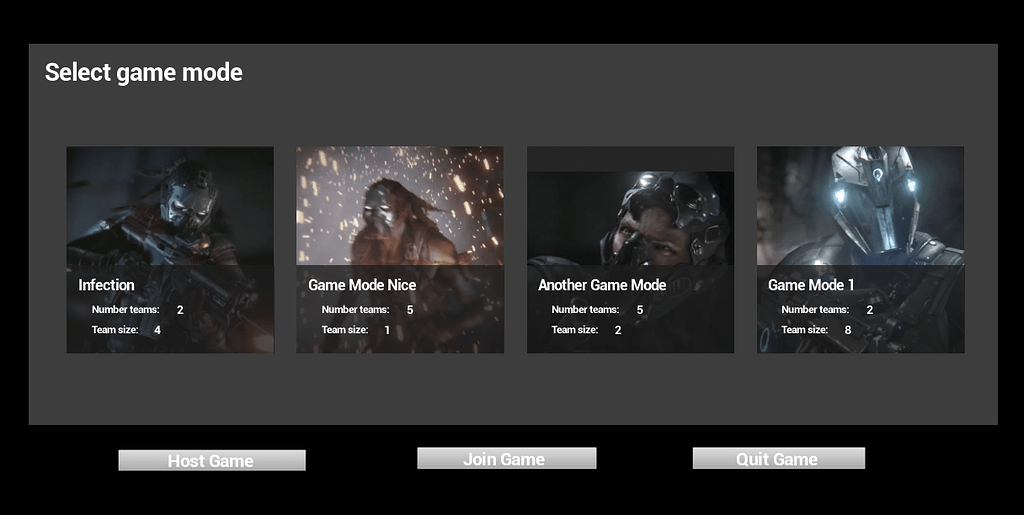 Well, recently I started to do this in mi little free time and I was thinking into add it to the marketplace. I´m not sure about how many people would be interested into this so please, help me out with this poll. Requested UE4 version 4.6+ If you...