How to convert Static Meshes to Instances?

Hi, I was wondering how would I convert Static Meshes to Static Instances. Since Instances are better for performance. I can’t find a direct way to do this, and I found a plugin that can do what I want, but I don’t know how to add it. Here

In order to add a plugin you would need to add the downloaded plugin to Unreal’s Plugin folder. So, navigate to Program Files > Epic Games > 4.9 > Engine > Plugins, and add the plugins folder there. If there is no folder Create a new one and put the files in there. This will add the plugin to that version of the engine.

Now, launch a project in 4.9. Go to Edit > Plugins > " The plugin that you added" > and in that section make sure the Enabled check box is checked on.

I followed your directions, but the plugin is not working. It is showing up under plugins in the editor.

Interesting. If the plugin itself is not working but you are able to view it in the editor I would tend to lean towards an issue with the plugin itself. Can you give me the name of the plugin so I can look into any previous reported issues with this plugin?

This one right HERE The Victory Plugin

Can you please provide some reproductions steps for how you are converting this static mesh? I have just downloaded and installed the plugin and I will be attempting to reproduce this issue here.

I followed the video tutorial and discovered he bound that function to the I key. After searching I see that under the Level Editor tab in editor preferences the Create Instance Static Mesh From Selection, does not exist as a function anymore. If you listen to what the guy says in the first part he says he is submitting a pull request for this to be implemented. I believe RAMA is using a custom build of the engine from GitHub. You may need to contact Rama and see if he will post a CL of his engine and go from there. This feature is not currently supported within our version of UE4.

Ok, thank you for help. He also has a page with instructions and his C++ Source code HERE If you’re interested.

It’s so weird that I’ve tried this so many times and nothing, but it’s working. Thank You!!!

Sorry to keep posting back and forth, but I got it to work and show up. But now it only works half the time… I can’t convert a static mesh, but I can convert another. It’s like the plugin is being selective. Also, when I do convert into instance mesh. They just disappear, but show that they’re still there in the World Outliner …

I am in the same boat as you with the mesh’s working randomly. I believe this is a plugin issue.

As of today the plugin did not work for me on 4.20
My Resolution is as follows

Proceed with Removal of the Instanced Mesh through the variables we created. 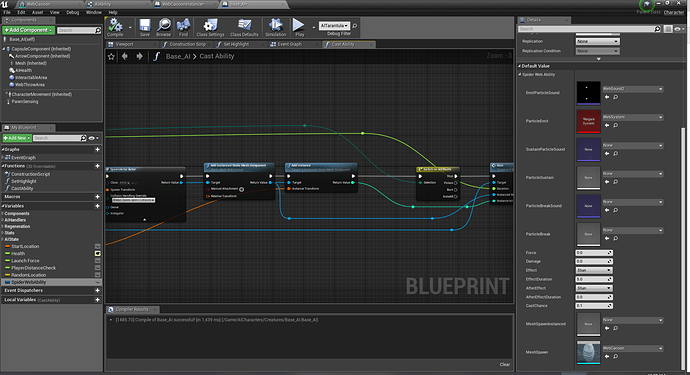 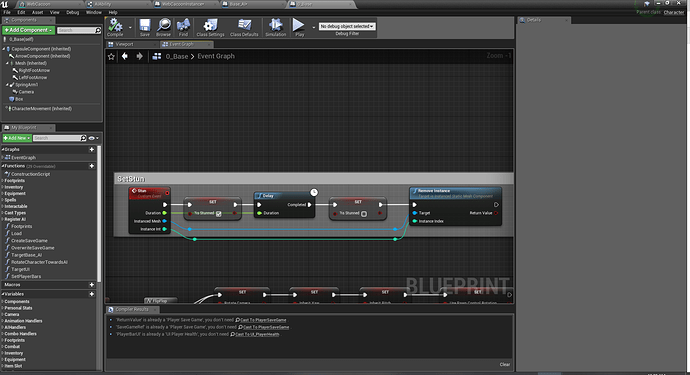