How to achive a wet raindrop flow Material like PT.

I want to know how to achive a realistic wet Material raindrop flow on objects like glass or walls. What Kind of technique do I need to create dynamic Rain Drops like in P.T. (Windows raindrops fall) or the currently offer “advanced Glas” in the store?
Which maps should I make and which Information should they have …

Sorry for my bad english…I hope someone can help me and tell me some tipps. 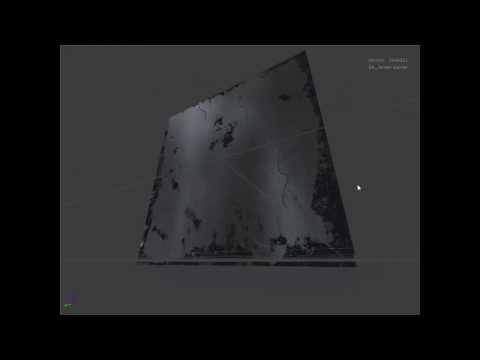 I did this a while ago, way back in beta. My approach was to create a bunch of normal maps that were only the streaks running down the window, and split them into different textures. I would then fade those in based on a gradient that just panned down the window. If you offset the gradient for each streak, it breaks up the effect. I actually wanted to recreate it after seeing it done in Gears of War 2.

A better approach might actually be to pack a bunch of gray-scale streaks into a texture, and generate the normal’s in the Shader. That’ll save a lot of texture fetches and trade for a few instructions. You’ll have to profile which is faster / cheaper. I could always put this on Marketplace I guess for super-cheap, since lot’s of people ask about this.

Refraction is the best way to achieve the actual distortion.

That does look really similar to the panning water drops from the outpost level. I still remember the art meeting where Demond Rogers showed that to everyone and we were pretty blown away.

That does look really similar to the panning water drops from the outpost level. I still remember the art meeting where Demond Rogers showed that to everyone and we were pretty blown away.

In order to figure out how it worked I actually had to do something a bit naughty and rip the textures from the Gears 2 disk to see if they gave any indication. Had to get Marcus into a safe area where I could just have the window taking up all the screen on my TV so I could use it as reference.

I had no Shader of course and had to make my own textures but just about managed to work it out based on the textures he made. Very cool technique indeed - yet so few people ever noticed it in the game!

I think someone has a good glass material on teh unreal market that has a rainny wet drop animated version.

Thank you all for the replies.

I try to make the effect with the Method “TheJamsh” wrote here. Big thanks for all.
If some have a similar technique or some Maps to get the effect, I would very happy.

I got it! Thank you!

This is my v.1 shader for wet rainflow on object’s. 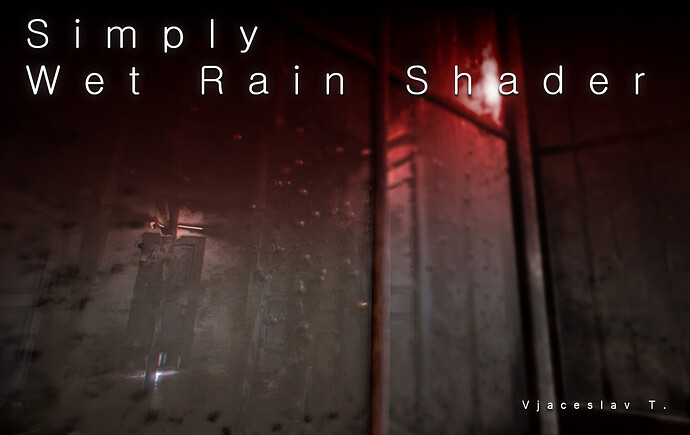 Special thanks for TheJamsh for your tipps.

Would be nice to get some feedback:
[video]Unreal Engine 4 - Simply wet rainflow Shader v.1 - YouTube

This two textures I combined and pan the masks channels with different speed and intensity to get the effect.

If some have other ideas or tipps I would be very thankfully.

Where did you get the walls? The walls have good detail too.

I work with substance painter. There I create my textures.