How do you debug a function in a blueprint function library?

I have several blueprint function libraries that I use for utility functions. I’ve noticed that when you set a break point and step into a blueprint library function it that the blueprint debugger stops providing watch information. The “Debug Filter” at the top sets itself to “No debug object selected” and nothing is available in the dropdown to select. Is this functionality supported by Unreal, can you watch values in a Blueprint library function using the Blueprint Debugger?

Did you have any luck getting this to work? I had it working, but now i can’t debug library functions anymore, same symptoms as the ones you described.

This appears to be not working. I’m having the exact problem as the initial poster (months later with 4.6.1). I set a break point outside the function, and when I step into it, I lose context (and the debug filter is No debug object selected, and I can’t pick one).

I did a little more digging and it’s absolutely broken (Blueprint Function Libraries) – from a debugging standpoint, not a functional standpoint.

I had a complex math equation that I placed in it’s own function, and while it lived in a B.F.L., it would not debug – even when you step into it. It always loses debug focus. When I relocated the function to a Blueprint’s Function, debugging works as normal. This is using 4.6.1. 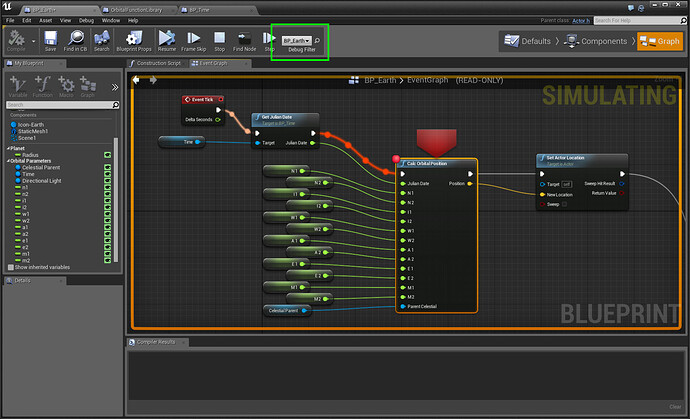 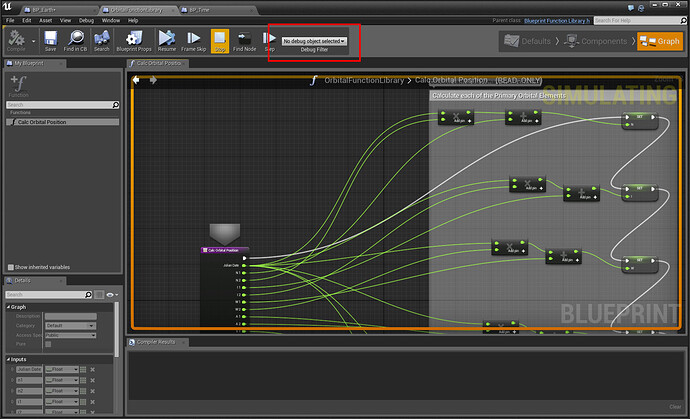 Please fix this, Blueprint Function Libraries are important for global or sharable tech not tied to specific Blueprints. While there is an easy workaround by using something else, without debugging, I will avoid using this.

Basically what I’m doing now is creating a “singleton” blueprint in my scene and attaching functionality into a standard blueprint, but then I need objects to reference it, so it’s not ideal.

I have that same problem ;( Someone found solution for this?

I also just tried getting this to work in 4.7 and I still cannot view values in a function thats part of a BP function library. The context is lost. This makes writing complex functions in Blueprint Function Libraries impossible.

Okay so this bug has been around for about a year and it would be nice to hear from a developer on this issue now.

I’m experiencing this issue as well and would appreciate at least a workaround that doesn’t require completely rebuilding my function.

4.8.3 have same problem. For now, the only workaround I have is to move the function in the actor using this function, debug, fix, and bring the fix to the Blueprint Library function. It can be very long to do it but when you don’t have the choice…
Hope it helped

I’ve been having similar issues where debug stops giving live feedback on what the blueprint is doing.
Wonder when one of the Epic guys is going to comment.

4.9.2 hitting this too. I wonder if this would have better luck in the bug report section, staff replies seem to be quicker there.

We have a bug report open for this issue already (UE-18206) and we’re hoping to resolve it with a large Blueprint Debugger upgrade. There is no timeframe for this currently, however I have added this post to the report and increased its community interest level. I’ll track the bug report and post here when I see any change in its status.

Hello!
Correct me if I’m wrong but we’re at 4.15.1 and this still has not been resolved. i.e. still no watch and basic debugging capabilities in blueprint function libraries aside from putting breakpoints without actually being able to track input/output values.
Can anyone catch me up on this?
It’s such a shame since writing libraries is such a healthy powerful practice in any programming language.