How do we make this effect in UE4?

Is this made using Sprite animation? How can I replicate this effect? 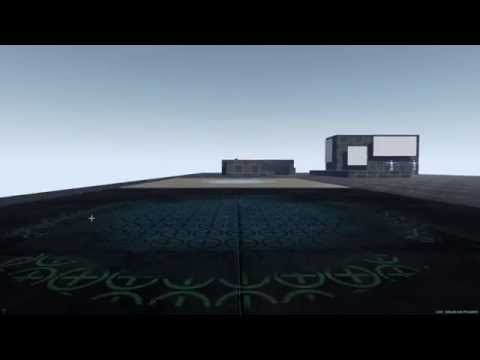 you can import .gifs etc into ue4 and it will make an animated texture out of it for you that you can use in any material, I’d start there.

The actual animation seems like a simple scale adjustment. Using multiple animated frames for that would be a waste of memory.

This only needs one or two textures. One for the strobing highlight and one for the pattern that is overlayed on top. To get the strobing you animate the UVs by scaling them based on time. As stated in the video’s comments you could also replace the highlight texture with a sphere mask and scale that up instead.

Finally you add it either directly to the material for the ground or, as Wilkes stated, you can create a emissive decal out of it that would work on any surface.

Thanks for the link, muchly appreciated

No problems. Take a look on his other tutorials, this guy is top notch.