How can I randomize a playable level area?

Does anyone happen to know how to create a map with a specified playable area at random?

This is something I would really like to figure out.

Hunt:Showdown does this and a games like Pubg do this as the shrinking area reduces over time.

However, I just want something more like Hunt has and I don’t want a timer or reducing area. I just want to have a large map to set up as one big level and then just have a playable area be chosen at random before the game starts.

Maybe this could be done with shuffle node and a collider box perhaps to set the playable area?

The only other thing I can think of is creating a few small maps that are connected to appear as one big map if in the distance but no idea how to do that yet either aside from just making a few different levels.

Does anyone have any advice or knowledge as to how I could learn or go about doing this? Thanks in advance!!

Hey, I don’t really know Hunt, so sorry if I get this wrong, but if I get this correctly, you only want to change a middle of the map, while surrounding stays the same?

If so you can for example do this by creating the “playable” area as a BP preset, and choosing from different presets to spawn upon starting the game (the surrounding area will then have a hole in it, where the playable area will spawn into). You can only do this if you don’t want to use terrain in UE though.

If you want to use UE terrain, then look into level streaming Level Streaming | Unreal Engine Documentation
You can use it to have playable area in separate levels and surrounding areas in another level and just loaded them both at the same time.

Hope it makes some sense and that it helps.

That’s a pretty good idea. I may check that out then and thank you.

But to be honest I meant something a little different, see below -

Here’s a demographic image just as an example - 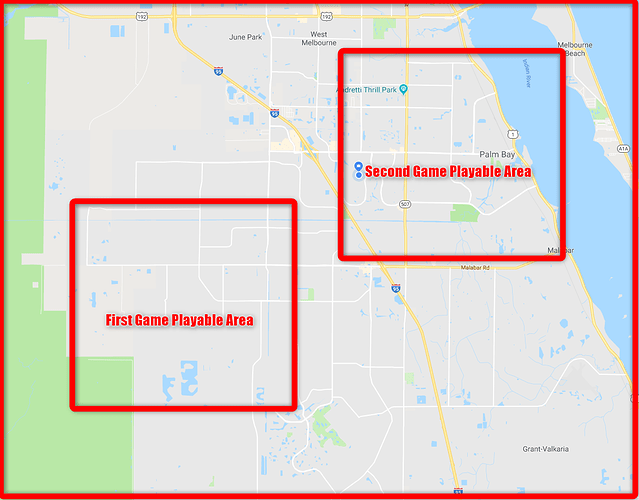 (so when player plays one game they end up in the first game area, then when they go to play another game a second time it changes and puts them in the second game area as another random spot within that big map area)

oh I see. In that case you can have multiple player starts and override which is chosen as player start in game mode, see [Basic guide] How to select a Player Start in multiplayer - Blueprint Visual Scripting - Unreal Engine Forums

Choose whichever area you wanna start in based on how you want your game to play.

Alright cool, thanks so much for the help! I appreciate it. I will look at that here in a bit.

Another option: PlayerStarts can be given Tags and you can GetAllActorsWithTag, then Shuffle, to pick one.