How can I draw a parable in-game?

I have a game with a character who can throw things (like grenades and other small objects).
When the player holds the throwing button, the character prepares to throw, and I would like to draw a prediction of the trajectory of the object, an arch or parable that show roughly where the object will land.
However, I have no idea how to draw a line in-game, much less an arch. I know how to use debug lines, but I need it to be visible in-game, not just for debugging.

What type of tool can I use to do something like that?

I’m not quite sure either but the first step I would do is probably to create an X decal that will go to the landing point of the parabola. If the angle of the throw is always the same, perhaps you could use one parabola mesh and scale it appropriately. Then use some sort of trace to determine the landing spot by creating traces that follow the tangent of the parabola. I’m just guessing. This is a very good question.

You can use a spline mesh components: 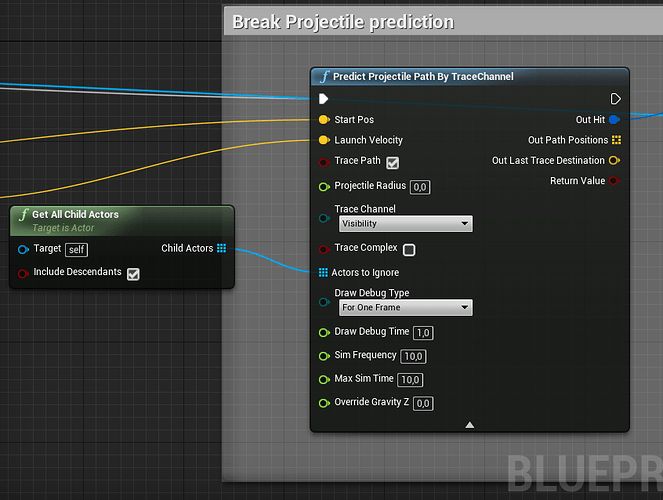 Hello I am working with a vr project teleportation and i have encountered a problem that i have been solving for days. The problem is to get a teleportation beam from the right controller to the teleportation location. I have managed to get the...