Hey guys, I’m starting out in UE4 right now and I wanted to prototype a small flying project.

My character is a bird and has a camera in the over-the-shoulder position. 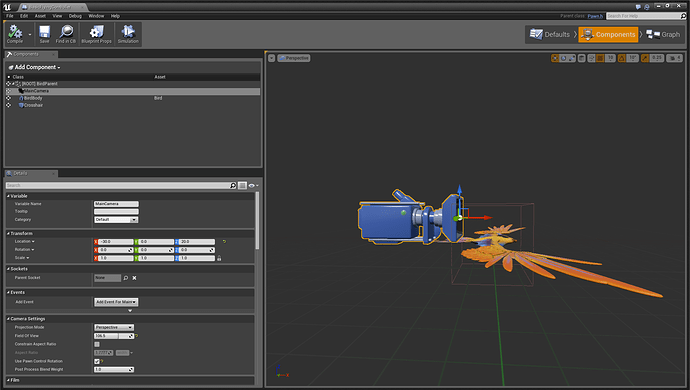 To solve this, I disconnected the camera and the HMD by unchecking the “Use Pawn Control Rotation” flag. Then I added the following code to my blueprint: 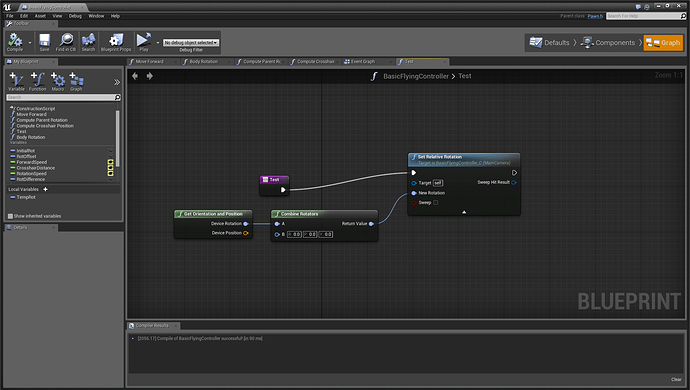 This sets the relative rotation of the camera and allows the camera to rotate along with the root component. However, one major problem I’m facing currently is that there is a weird position issue that occurs for the left and right cameras. While using relative rotation, the two cameras don’t seem to keep the same distance between them and their relative position to their center point(i.e. anchor) is not the same. This causes objects close to the camera (like the bird’s back) to become blurry and induces double vision.

This does not happen while using the default camera behaviour.

I’m not sure if I explained my problem clearly enough. If required I can upload a small build or something to explain it better.

Turns out, I can fix this weird bug by decreasing the World To Metres value to 1 under World Settings → VR.

I don’t know exactly why this fixes the bug, if anyone could shed some light on this topic it would be great.

Oh my, thanks god. We met the same problem, and your solution works! Although now when I look down to see my shoulder and chest, it seems a bit large. Hope Epic will explain why this problem happens so we can fix it thoroughly.

One major difference I have noticed between Unity and UE4 (atleast for VR development) is the documentation quality and developer involvement.

Most of the problems that I faced in Unity were solved by either going through the documentation or asking on the answers hub/forums. It seems in UE4, the devs have VR development on a very low priority and consequently their documentation quality and also the rate at which they respond to questions regarding VR are low.

But what are the reasons for such behavior ? Will there be any official answer ? How we should handle relative rotations in VR now ? This issue comes in 4.6 and there is no release info on this as I know.