Hey dudes, how can I show an UMG Widget just in the screen of the player who overlapped a specified trigger?

On Overlap event that calls an event in your HUD class that adds creates/widget and add to viewport?

Yep, but when I overlap it with any Client or with the Server, it appears in every player connected to the game.

Hello, i have a solution for you.

So i have a actor in the world (just a trigger box), on overlap it calls only on the server a function (run on owning client, maybe this is that was missing for you) inside the player controller of the actor that overlapped the box. 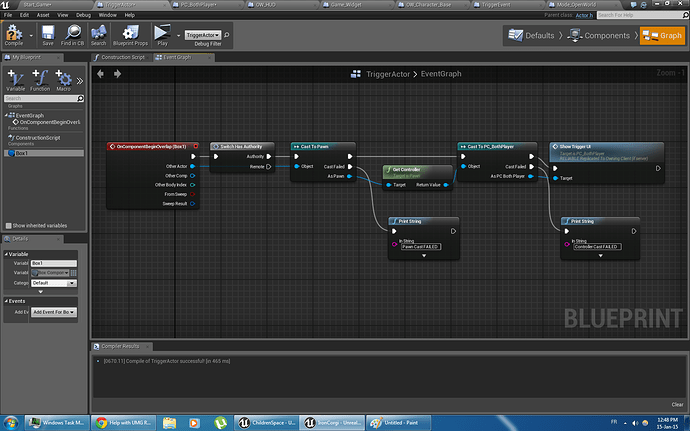 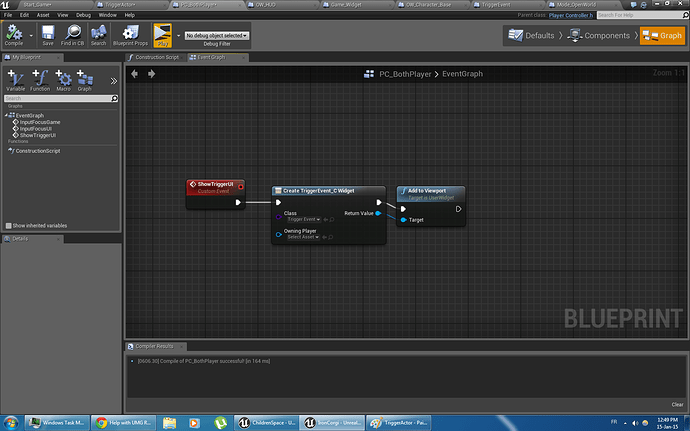 It seems like every widget I add to the viewport adds to all player’s screens. This can be tested by making a textbox with semi transparent letters. The letters are less transparent if players are set to >1. And button that is a circular image with transparency works to test as well. As you press the button you can see the another duplicate button under it. Only works on non square buttons with a transparent background.
Can anyone help with this?

Can we see your blueprints?

Its just a Create Widget hooked up to a Add to Viewport. With or without get player controller as owning player pin 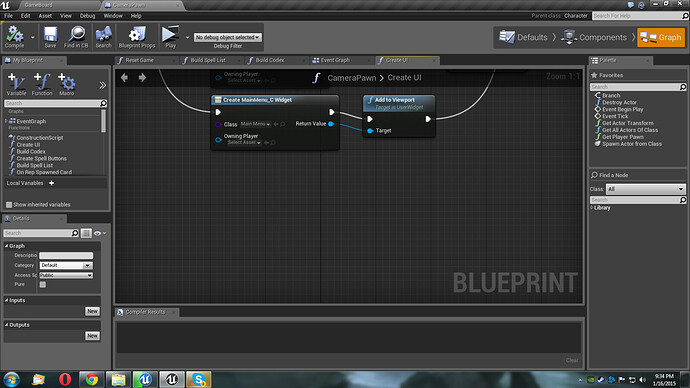 Thats on event begin play on the character by the way

This seems to happen on level switch too, even if there is only one player. If the character has create widget/addToViewport on begin play it will add it again every time it begins play. When SHOULD I call this function?