I want the character to move to a certain location when I click the object.
This location is derived from one of the actor’s component’s location and it is inside the navmesh borders.

So I click the actor, the component’s location coordiantes appear on screen but the character does not move at all.
( I have 3 mouse cursor modes…the blueprint checks which one is active. Nr. 1 is the ‘go to’ that you see on the ‘Switch on Int’ node, please see attached blueprint screenshot. )

If I just click somewhere else on the ground the character goes there (inside navmesh borders).
Am I missing something? 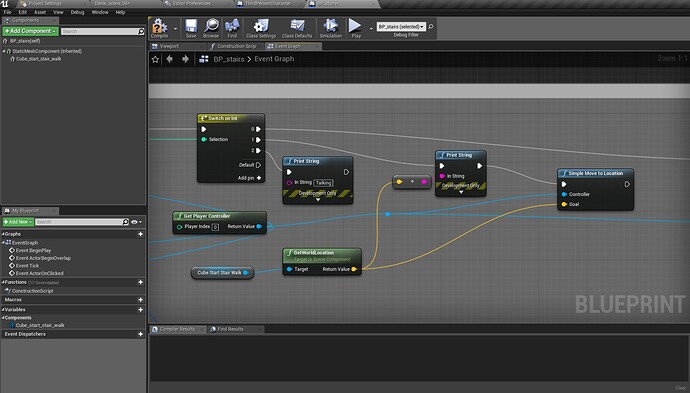 Should work, have you moved things around in the level, try deleting the “recastnavmesh” , and move the navmesh around a bit to generate a new one.

It was a fresh blueprint so should have worked right away.
Tried deleting - rebuilding the navmesh, did not work… :\

So print string of location is firing? only other 2 things would be pivot point of target mesh out of bounds, or “recast” navmesh needing rebuild, when you press P the green shows up, yes? player controller is the correct one for the pawn?
I make a quick mock-up and the only things that break it are those 2 things really, otherwise it is bulletproof, this works here, so don’t know,
ensure navmesh/ and recast navemesh are present and show up with P, setup simple version, in “MoveTo” splint goals enter in a known accessible location vectors and test.

I did break it, added new target object to level( both ALT-drag and placing new version), was getting print of location vector but pawn failed to move, as you had,

But after moving both the pawn and object in level, saving all blueprints, saving level saving project the error disappear and now I can’t duplicate it, it could be one of those cases where just saving the project is required for it to work, I don’t think this is right as I then reopened and created a new navmesh and did exactly the same as previously but now it wont break so I can’t pinpoint the error, which is more frustration than if it broke again.

Tried all this but stays the same for me so far… :
Doesn’t even want to go to any location I feed into the ’ Goal ’ of the ’ Simple move to Location ’ node.

did you try to make a custom event in the player controller that feeds the location from the BP_Stairs ?

try this in your player controller.

and then call the event on your BP_Stairs and just feed the location instead of putting move to location as below.

Thanks for the idea, I just tried it but nothing changed. Character still does not move there. 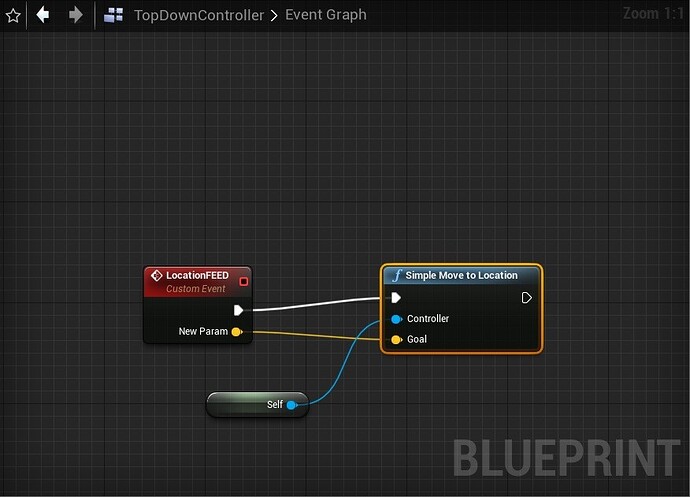 The blueprint shows no error when testing it but the character does not move.

Ok, did that. Not even a step…

but first does the location covered in navmesh ?

‘Funny’ , it does not work with any of the blueprints. Shows it’s firing but the character does not move. Doesn’t matter what location I give it…
If I replace the ‘Simple move to location’ node with a ‘Set actor rotation’ for example, then the character gets rotated all right.
So what the…? 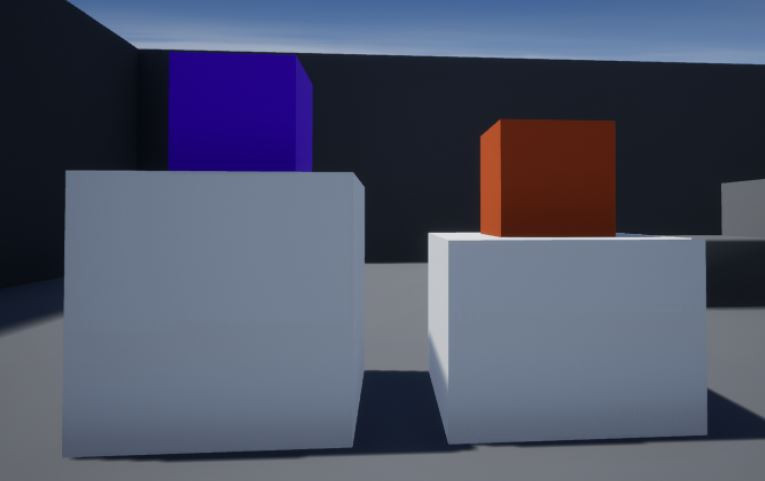 Well not sure why but if you remove the collision “blockall” from the sub-mesh and set collision to “NoCollision” it works fine, why or how this fixes it I don’t know.

Ok but if I don’t use a sub-mesh to derive it’s location and feed it into the SimpleMovetoLocation, but only a vector variable ((that contains the location info) is connected into that node the character still does not move. :\

Can you post the project online somewhere so we can see whats up?
What engine version are you using?