Has anyone tried to use UMG with the oculus yet?

I’m trying to use UMG for my prototype. Unfortunately, UMG doesn’t seem to double the widgets I’m using, causing extreme illegibility. It appears as though the widget is being split across both panels instead of being doubled. Does anyone have any experience with this?

Any insight would be appreciated!

On my prototypes i dont use UMG.
What i do, its to make blueprint actors that act as hud, and code their behavior with blueprint and timelines. That way i can control exactly their position in the 3d world, wich adds the 3d split for the rift automatically.

We are aware that UMG in its current state does not duplicate between panels properly. UMG functionality is a high priority for us and we are working on a solution to that problem.

I was able to use a hacky-method of duplicating panels - using UMG to display two images equal distances apart. It works, but just barely. Is there any idea of when UMG will duplicate between panels (4.5 /4.6?)

We expect to see the biggest push for UMG to be in 4.5, but there are UMG features scheduled for 4.6 that would not fit in that timeframe. Based on the amount of interest in Oculus support that has arisen, our developers are hoping to have something ready by 4.5, but the worst case scenario it may be out for 4.6. I am also personally invested in this feature and have been watching it very closely. We will keep the community posted.

You guys rock harder than the paleolithic age, thanks for the update!

That is great to hear. I’m needing this too.

Any updates to this? Might we expect UMG to work in VR for 4.6?

I guess it is possible. 3D widgets are experimental and you can assign a UMG class to a 3D Widget in an actor blueprint. But I don’t know click events…

How did you do that? 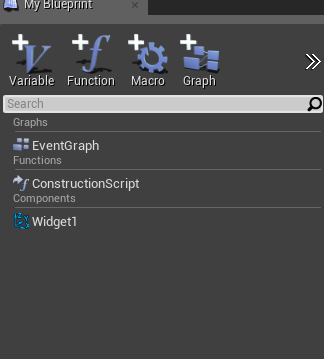 Thanks, that was easy. Unfortunately it causes frequent editor crashes. Also, how would I prevent it from clipping through things?

Try to put in the near plane of the viewport, in the camera, or create a hud blueprint, hope this helps. This is experimental so best is to wait for a newer version until it is more stable.

I’m really looking forward to this working. I’m making a game for the Rift, but I’ve not been doing it long and it’s a hobby project, so not in a major hurry.

I’ve been experimenting with this. I’m able to attach a widget to my camera and use that to display my HUD. It occasionally crashes at random, and always crashes when you look at the widget in the component editor. If I need to reposition the widget, I have to disconnect the HUD and then look at it.

Also, the scaling seems to be screwed, unless I’m doing something wrong.

I was really hoping that the official 4.6 release would fix the constant crashes, but unfortunately that’s not the case.

I was really hoping that the official 4.6 release would fix the constant crashes, but unfortunately that’s not the case.

Can anyone else confirm this? Will try messing around a bit tonight, but if the new UMG in-world widget doesn’t work with the Rift I’m going to be a sad panda.

The widgets work, but when I try to assign one to a widget component the editor crashes 95% of the time.

I am able to get the widgets to work ,but they don’t follow the head tracking when moving rift, they are stationary. Also scaling appears to be very iffy.