I am setting up hair for a modular character and I’ve got it imported properly into UE4 (at least I think so) but when I add it to my character (with or without a binding asset) and turn on physics, the hair clips through the head and shoulders of my character. 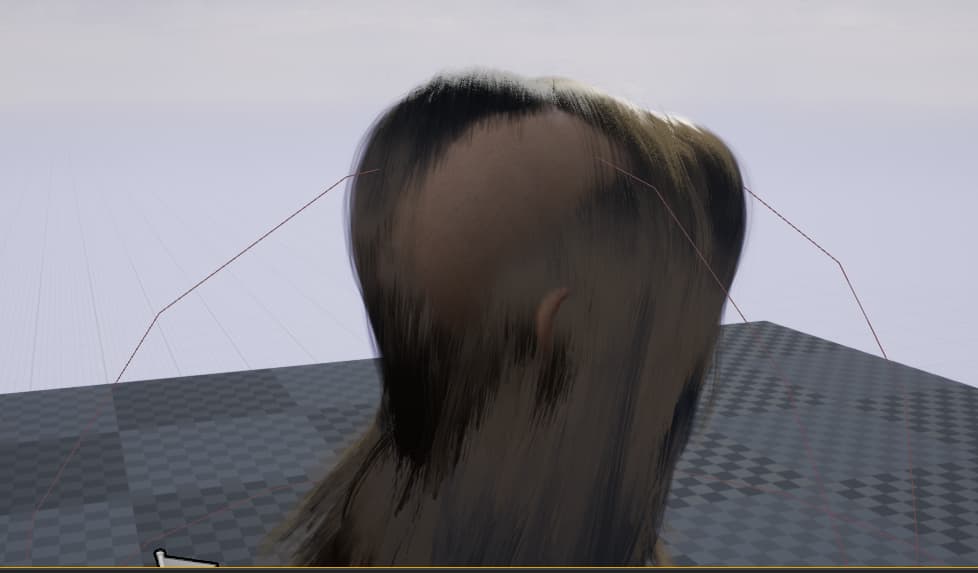 My first thought was that the Physics Asset did not cover the head properly, but it seems any changes I make to the PA do not really do anything to how the groom asset is situated on my character’s head.

I did some more research and found another user with the same issue who solved it in blueprints: Problem with Groom when installing via BP - UE4 AnswerHub

I have tried to use the same blueprint code but I am not sure how to set up the “In Binding” and “Asset” connectors since he did not include that in his screenshot:

Can anyone help me with how to set up those particular parts of the blueprint properly? Also, shouldn’t the Physics Asset do something here? My modular character is split up into Torso, Legs, Feet, Hands, and Face – should I have a unique Physics Asset for each modular part or just one for the entire character?