Hi guys. I’ll post what screenshots I can for this, but given it’s a VFX issue, it’s somewhat hard to show without it moving, so I’ll describe in detail what the issue is.

Basically, I have rain and I want it to collide with objects such as the overhead rocks even if I am not looking at the object. I want a lot of particles so I want to use GPU sprites. However, when I switch to Distance Field collision the preview glitches out and I will just get flashes of all the different particles rather than the rain falling properly. Switching back to Scene Depth fixes the preview. 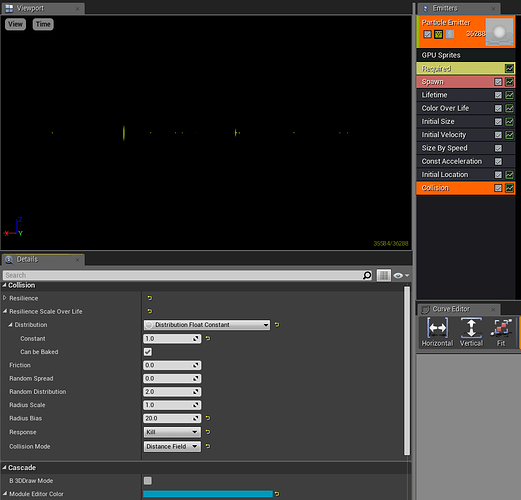 Additionally - and the main issue -, despite having Generate Mesh Distance Fields in the project settings and having restarted the project the particles refuse to collide with anything consistently (aside from the landscape), and since one of the main mechanics of the game is this acid rain, I really need to this to be working correctly. Some objects are as thick as 5 metres, while others need to be 10+ metres in thickness before the rain stop falling through it. Definitely some of the rain is colliding as you can see from the screenshot below, but a good portion of it is still falling through. 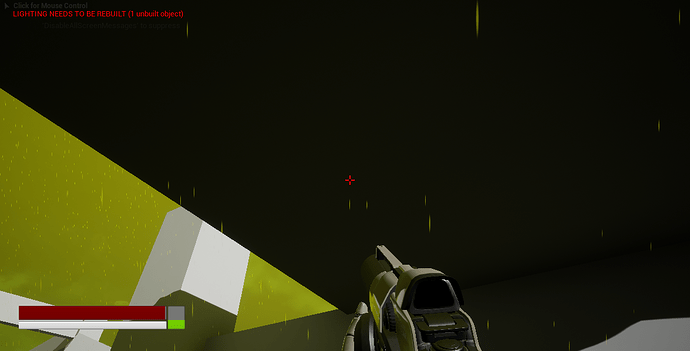 Side note: Removing the GPU sprites module to convert it back to CPU breaks the particle system entirely