I’m currently unable to build lighting without crashing in my project with this error:

I’ve checked and usage of both ram and vram is below 50%. I have cleaned and validated Swarm cache and there is no change.

The issue seems to be with 4.26.1 as I’ve tried to build lighting on older versions of my project and it still crashes when lighting used to build fine.

Is it happening on the completion of a lighting build? If you can compile code, you can try the following code modification:
in Engine\Plugins\Experimental\GPULightmass\Source\GPULightmass\Private\Scene\Scene.cpp

Fixes are scheduled for later releases, yet as we know we’re slower than our usual release schedule

It is happening at the completion of light build. I tried your fix and recompiled but unfortunately, the light build crashes at the same stage with the same error.

After many weeks I’ve detected that the problem is caused by the Landscape. No way to fix it.

After many weeks I’ve detected that the problem is caused by the Landscape. No way to fix it.

It would be very helpful if you guys can provide a project that reproduces the problem :o

Just got this crash when encoding lightmaps
RTX 3090
128GB Ram 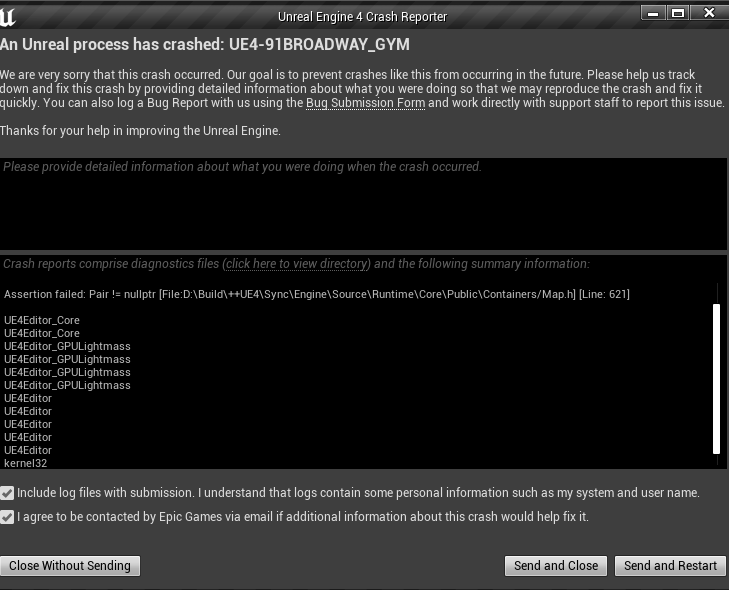 i have the exact specs and got the same error, anny fixes yet?

actually, when i switched to virtual textures it fixed my issue