Has anybody attempted getting a Particle Beam to follow along a Spline?

I have a spline component with a set number of points, and I want to be able to visualize the smooth path in-game. Originally I turned to Spline Meshes but as Beam Particles allow me to set the Tangents and Be constantly active, they’re probably considerably less expensive. Blueprint also lets me set the Source, Target Locations & Tangents in World-Space, which is perfect for me. I’m getting close, but for some reason I can’t get the splines to orientate themselves the right way, they take the longest possible path from source to target when using tangents. Flipping the tangent just gives the same result in reverse. I can’t work out exactly what to set my ‘Strength’ Value to either, and what part it plays in beam generation.

I should also note that we are re-calculating the spline every now and again, and want to re-draw the path to match it. Imagine the Torque-Bow or Grenade trails in Gears of War for example, as you move around, they follow you directly and instantly.

Here’s where I’m at right now, I just need to figure out how to make it follow the shortest path, and not over-shoot. I think… 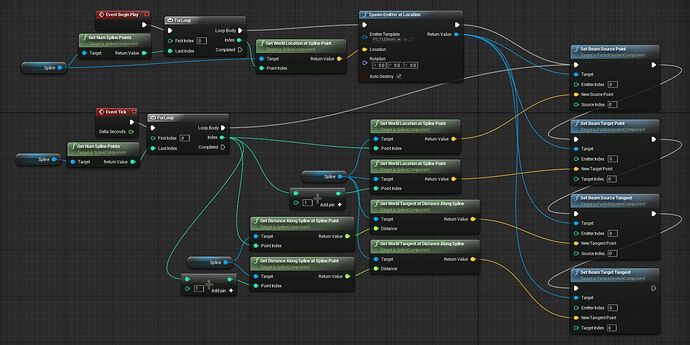 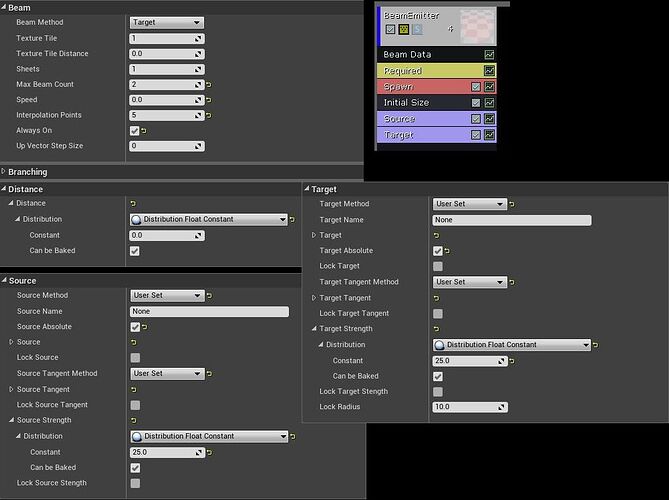 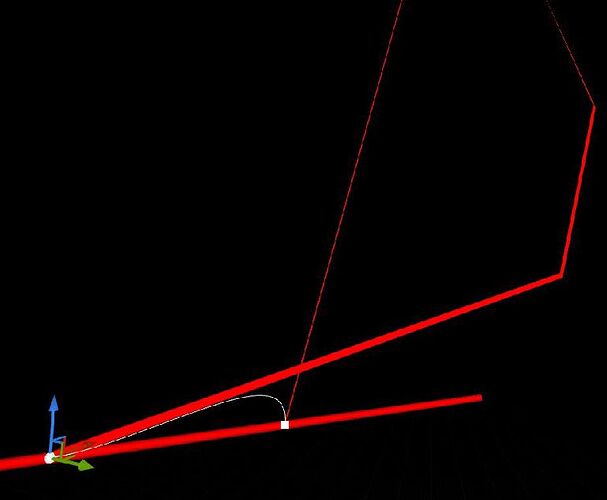